Donald Trump elected as the 45th President of US 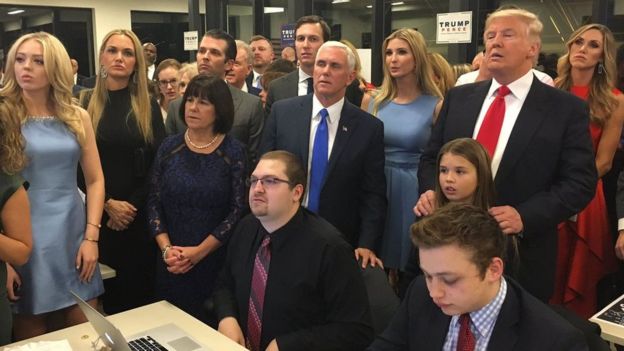 Donald Trump pulled a surprising resultÂ as he beat favourite, Hillary Clinton to become the 45th President of the United States.

Mr Trump won in key battleground states including Ohio, North Carolina, Florida and even won in Pennsylvania where no Republican presidential candidate had won in the last 30 years.

His win saw global financial markets tumbling amidst fears of his presidency.

Declaring his victory to supporters in New York on Wednesday, Mr Trump diverted from his usual invectives against his main opponent, Hillary Clinton and showered praises on her.

â€œI just received a call from Secretary Clinton. She congratulated us on â€“ and itâ€™s about us â€“ on our victory, and I congratulated her and her family on a very, very hard-fought campaign. She fought hard. Hillary has worked very long and very hard over a long period of time, and we owe her a major debt of gratitude for her service to our country. I mean that very seriously", he stated at his victory party.

"Now itâ€™s time for America to bind the wounds of division. It is time for us to come together as one united people", he continued adding that "Ours was not a campaign, but rather, an incredible and great movement."