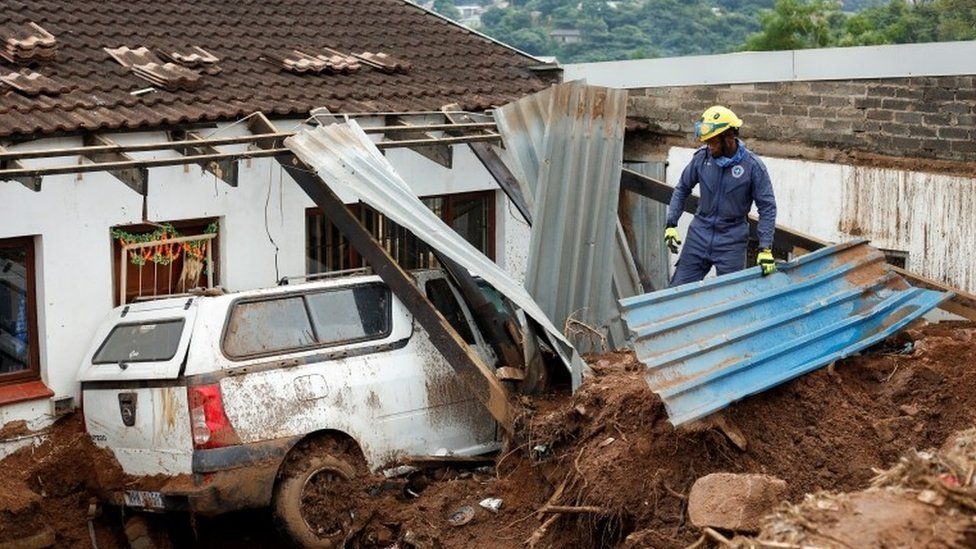 The South African military says it is deploying more than 10,000 troops to help with relief and rescue operations following the devastating floods that swept through parts of KwaZulu-Natal province last week.

More than 440 people have died, and the search is continuing for 63 people who are still missing.

Some of them were swept away by swollen rivers and mudslides.

The government has declared a nation-wide state of disaster.

In an address to the nation on Monday evening, President Cyril Ramaphosa announced a series of measures aimed at helping those affected and rebuilding work. 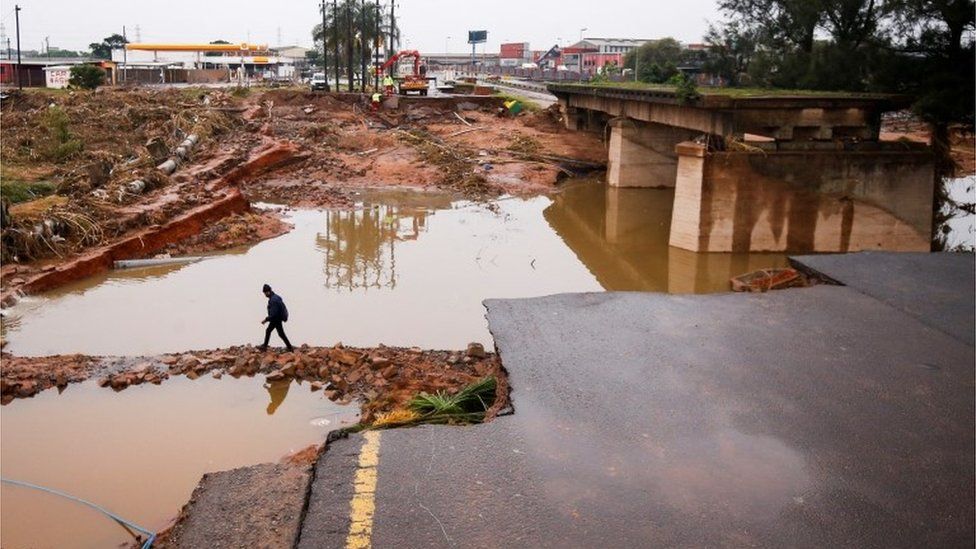 Officials have described the floods as some of the worst to ever hit the KuzaZulu-Natal province.

KwaZulu-Natal premier Sihle Zikalala said that nearly 4,000 homes were destroyed and more than 8,000 were damaged, most in the coastal city of Durban and its surrounding areas.

Both the police and army were involved in the search effort, with six more bodies recovered on Sunday, local media reported.

One woman in Durban, Amanda Acheampong, said the bodies of four of her relatives had been recovered near a river bank, while six were still missing.

"The neighbours' house collapsed first, which then resulted in our family home collapsing and washing everyone into the river. Four bodies were discovered along the riverbank - my sister and her three grandkids. It's horrible," Ms Acheampong was quoted by South Africa's News24 website as saying.

"We're still looking for the remaining six. We are hopeful they might still be alive, but at this stage it doesn't look good," she added.

Another woman, Lethiwe Sibiya, said her niece had not yet been found.

"When the mudslide happened she was washed away. We don't know where she is. We have tried to get police and their dogs but till today they have not come," she said.

No clean water or electricity
In a statement, the South African National Defence Force (SANDF) said its troops would bolster search and rescue operations, as well as assist in transporting aid to victims.

Army plumbers and electricians would also work in areas that have been without water and electricity for a week, it added.

Some communities are completely cut off because roads and bridges have collapsed.

"We don't have electricity in many, many areas," said Imtiaz Syed, the leader of the Active Citizens' Coalition.

Nearly 300 schools and some health facilities have also been damaged.

"Many still remain precariously perched on the edge of the river. In reality, no building should ever have been allowed to be erected at such a location," he said.

During a visit to flood-affected areas last week, South Africa's President Cyril Rampahosa said the government would "spare no expense" to rebuild the infrastructure and assist all affected families.

Weather experts have said that climate change may be contributing to changing patterns and making such extreme events more frequent.

The rainfall has since eased but the amount of rain which fell last Monday was equal to about 75% of South Africa's average annual precipitation.

The weather system which triggered the floods saw more than 300mm of rainfall being dumped over a 24-hour period on 11 April - far more than previous serious floods.