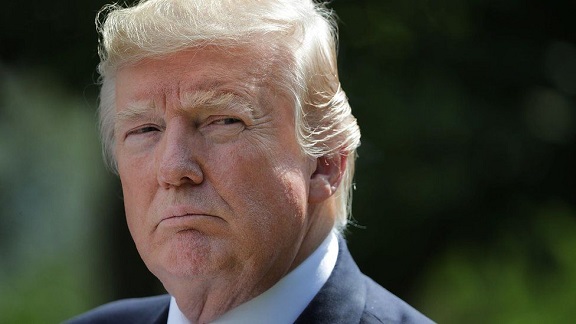 The US Department of Justice says releasing details about the warrant used to raid Donald Trump's Florida home last week could cause "irreparable damage" to its investigation.

It wants to keep the affidavit, a court document showing the evidence required to obtain the warrant, under wraps.

It was the first time an ex-president's home was raided in a criminal probe.

Eleven sets of classified files were recovered from the search one week ago at the estate in Palm Beach, according to the warrant, which was released on Friday.

Now, several news organisations have applied to have the affidavit unsealed.

But prosecutors said on Monday that such a move would "cause significant and irreparable damage to this ongoing criminal investigation".

"If disclosed, the affidavit would serve as a roadmap to the government's ongoing investigation, providing specific details about its direction and likely course, in a manner that is highly likely to compromise future investigative steps," they wrote in a court filing.

They also said the affidavit must stay sealed because the inquiry involves "highly classified materials".

On Monday, Mr Trump said the FBI took three of his passports during the raid - a step that would ordinarily only be taken if investigators deemed a suspect a flight risk.

"This is an assault on a political opponent at a level never seen before in our Country. Third World!" Mr Trump posted on his social media platform, Truth Social.

A law enforcement source later confirmed to CBS News - the BBC's US partner - that passports belonging to Mr Trump had been taken by investigators on 8 August.

In an email from the justice department to Mr Trump's team, an official said: "We have learned that the filter agents seized three passports belonging to President Trump, two expired and one being his active diplomatic passport" - and that they had been made available for pickup on Monday.

US media reports suggest the passports have now been returned.

The FBI search has triggered an angry backlash from Trump allies, with many demanding the affidavit be publicly unveiled.

Republican Senator Mike Rounds told NBC on Sunday: "The justice department should show that this was not just a fishing expedition, that they had due cause to go in and to do this, that they did exhaust all other means."

Congressman Jim Jordan, an Ohio Republican, told Fox News that 14 FBI agents had come forward to him to blow the whistle on purported politicisation at the justice department.

Search warrants typically must be signed off by a judge, once prosecutors have demonstrated they have probable cause to believe a crime has been committed.

The warrant used in the Trump raid was made public on Friday - a highly unusual move during a criminal investigation, which Attorney General Merrick Garland said was down to "substantial public interest".

In Monday's court filing, prosecutors cited threats against the FBI as another reason to keep the affidavit from public view.

"Information about witnesses is particularly sensitive given the high-profile nature of this matter and the risk that the revelation of witness identities would impact their willingness to co-operate with the investigation," said the court filing.

The FBI and Department of Homeland Security issued a memo on Friday night to law enforcement around the country noting an "increase in violent threats posted on social media against federal officials".