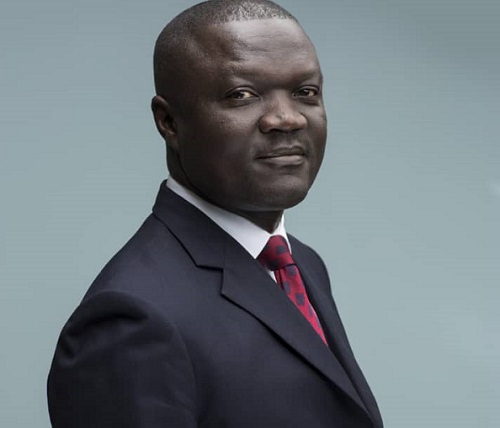 Ghana remains one of the top 10 attractive investment destinations in Africa even after the worst banking crisis in its history.

Studies by Rand Merchant Bank Ltd, RMB (Corporate and Investment Banking arm of FirstRand Limited) show that a growth will be driven predominantly by the hydrocarbons sector, with a continued ramping-up of oil and gas production expected.

Johannesburg-based RMB, stated in its latest annual study known as Where to Invest in Africa, “Ghana has strong growth rates focused around the oil and gas sector, while the non-oil sector growth is supported by pro-business reforms.”

However, Ghana dropped from fifth to ninth place in the 2019 rankings as a result of a downward review of its 2018 growth rate by the International Monetary Fund (IMF), and the country’s needed focus on fixing weaknesses in its banking sector, says  RMB analysts and co-authors of the study, Celeste Fauconnier and Neville Mandimika.

Ghana’s Ministry of Finance predicts an economic growth rate of 7.6% this year. In April 2018, the IMF reduced the 2018 outlook from 8.9% estimated in October 2017 to 6.3%. The statistical agency will release the fourth quarter growth rate figures and provisional annual figures on April 17.

Findings from the eighth edition of the Where to Invest in Africa show that efficient infrastructure is crucial in uncovering opportunities and unlock Africa's growth potential.

According to the World Bank, the lack of efficient infrastructure shaves up to 2.6% off African average per-capita growth rate, and places a significant strain on human development.

The African Development Bank’s most recent estimation of infrastructure needs is between US$130 billion and US$170 billion annually, but the continent’s available capital is insufficient to achieve this, says Fauconnier. She goes on to say that this shortfall presents an opportunity for businesses involved in the development or financing of infrastructural projects.

While there were changes to this year’s Top 10 ranking, the top three countries from last year – Egypt, South Africa and Morocco, have maintained their positions in terms of investment attractiveness.  Egypt retained the top spot as the largest African market in gross domestic product terms, boasting the largest consumer market in the Middle East and North Africa. Its economy is diversified and receives large amounts of foreign direct investment.

“Strides have been made to improve the investment and legal business environment, and growth is forecast at 4 percent,’’ Mandimika said. “The availability of hard currency to service debt and the depreciation of the Egyptian pound since its flotation in 2016, however, remain some of its challenges.”

South Africa has also retained its second position. According to Fauconnier, the country is currently a hot spot for foreign direct investment, with President Cyril Ramaphosa's efforts to build a US$100 billion book of foreign and domestic investments project on track. The country's currency and capital markets remain a cut above the rest of the other African countries, she said, warning that subdued economic growth and the upcoming 2019 elections have created political divisions, which hamper policymaking.

Still ranked third, is Africa's fifth-largest market, Morocco. With a growth rate expectation of 4% over the medium term, Morocco's operating environment and investment appeal have been greatly enhanced since the "Arab Spring", the reintegration into the African Union and the accession to the Economic Community of West African States.

The report's analysis of individual African countries revealed that 11 African countries are forecasted to grow above 6%. Ethiopia is set to be the fastest-growing economy in Africa, averaging 8.2% for the next six years. The robust momentum is supported by improved macroeconomic policies and higher government investment in local industries and human capital. Private investment continues to increase after the resolution of the long-standing conflict with Eritrea. Other outperformers for similar reasons to Ethiopia are Rwanda and Côte d’Ivoire.

Certain sectors provide opportunities for long-term growth prospects. Resources will continue to play a leading role when it comes to attracting funds, particularly in the hydrocarbon, base and precious metals spheres.

RMB also identifies other growth opportunities. From a fiscal perspective, Africa has low levels of revenue collection and the IMF estimates that sub-Saharan Africa could potentially collect an extra 3% to 5% of GDP in tax revenues by improving collection systems and broadening the tax net.

These challenges are taking time to resolve because there was no real progress in the operating environments across board. Victor Yaw Asante, the head of Corporate, Commercial and Investment Banking at First National Bank Ghana, the local unit of RMB said, the lack of access to financing, corruption, weak governance and inadequate and efficient infrastructure remain fundamental problems of doing business in Africa.

“In Ghana for example, private-sector investment is low and it could change through more business environment reforms, increased infrastructure and financial-market development.” He added.

The top five performers in terms of operating environment were Mauritius, Rwanda, Botswana, South Africa and the Seychelles. Mauritius is now in its 11th year of being the easiest business environment in Africa. 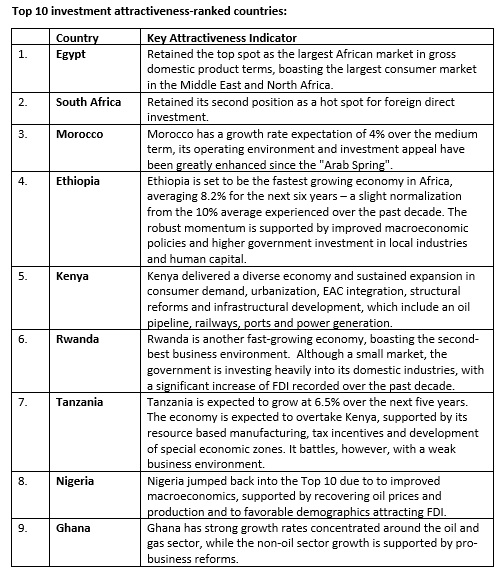 First National Bank will host its 4th Economic and Business Breakfast Forum on Tuesday, 26th March 2019 at Movenpick Ambassador Hotel, Accra. RMB analysts and co-authors of the study, Celeste Fauconnier and Neville Mandimika, will unpack the latest findings of the Where to Invest in Africa 2019 publication, with a key focus on Ghana’s economic future.