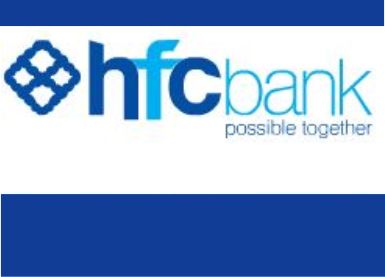 Chief Executive Officer of HFC Bank Ghana Limited Robert Le Hunte has disclosed that the institution has successfully made provision for up to 65% of its Non-Performing Loans, NPL.

The disclosure follows an earlier announcement made by the Bank of its annual profit after tax for the first half of the year which was Ghc26.5 million.

In an encounter with some members of the press, the bankâ€™s CEO offered reassurances to shareholders that, contrary to its market performances over the last two years, HFC is back to profitability.

Mr. Hunte noted that â€œafter 2 years of losses and GHÂ¢150 million in provision, HFC Bank returned to profitability producing the best first half year results in the history of their 27 years of existence. Additionally, the Bank now boasts of having one of the highest cover ratio i.e. provision to non-performing loans of over 65% which provides the Bank with protection against future shocks going forwardâ€.

Within the two-year period, HFC had lost a stunning Ghc80 million largely to NPLs but has reversed the trend with a record 52% increase from the previous year over the last six months in 2017.

The CEO further explained some measures that were adopted by the bank that has resulted in this growth.

He said, â€œDuring the two year period, over US$30 million was spent on upgrading the Information Technology infrastructure and refurbishment of the branch network. In addition, investment was made in training and developing the Staff with the assistance of RFHLâ€.

Commenting on some changes stakeholders should expect in the near future of the bank, Mr. Hunte disclosed that, a decision was reached during HFCâ€™s last board meeting for management to approach shareholders with two critical recommendations.

First, Â raise the bankâ€™s capitalization by at least Ghc50 million and secondly; change its name to Republic Bank (Ghana) Limited â€“ the second measure aims at saving the bank from the low public confidence it experienced over the last two years due to persistence losses recorded during the period.

He asserted that, â€œThis new capital together with the BBB+ S&P rating of Republic Bank Limited [will make] the Bank one of the strongest in the industry and puts them in a better position to build on the strong foundation in the housing industry and the future prospects in the oil and gas industryâ€.

The move also seems quite timely ahead of the Bank of Ghanaâ€™s planned sweep of the banking industry and of which possible causalities are at the moment not disclosed to the public.