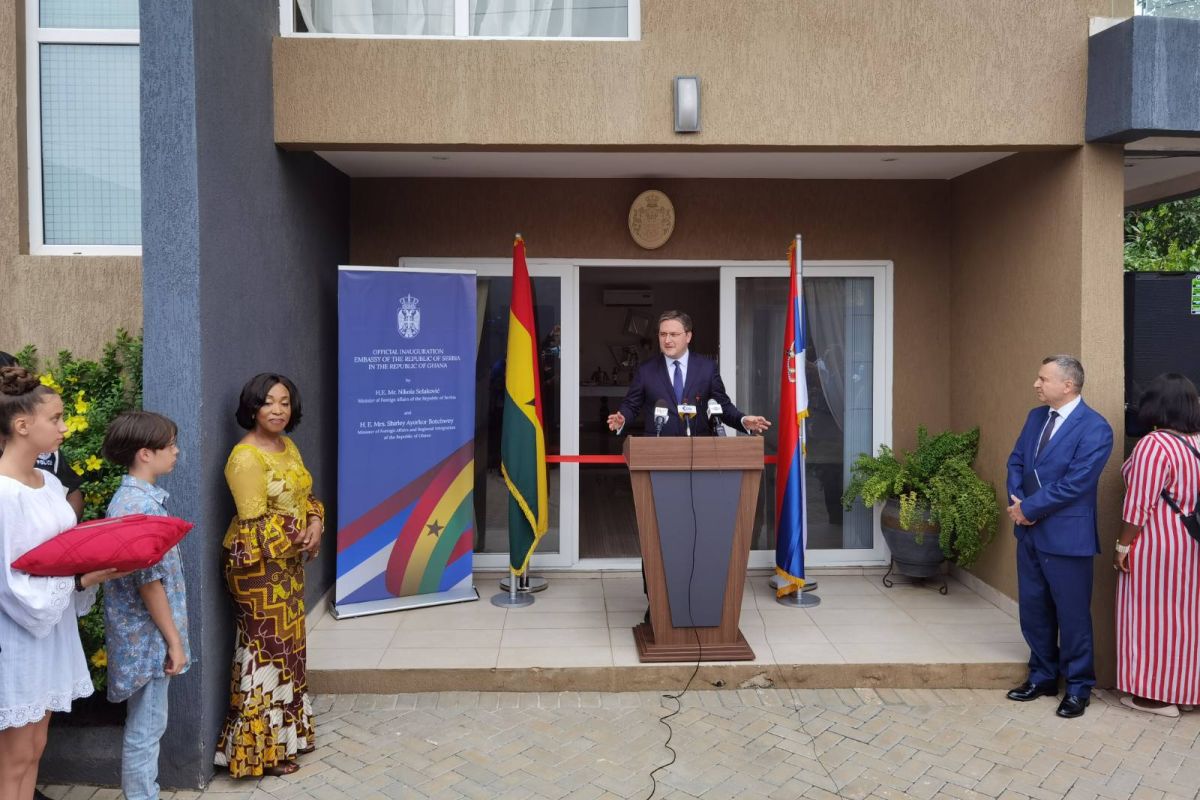 Serbia has opened its first Embassy in Africa after more than four decades.

Located in Accra, Ghana, the facility was opened on July 8, 2022, by Serbia's Minister of Foreign Affairs Nikola Selakovic.

Mr Selakovic was hopeful that the Embassy will contribute to the development of bilateral relations between the two countries.

He stated that Serbia and Ghana have serious plans for cooperation in the future, especially in the fields of agriculture, defence, digitalisation, artificial intelligence, and education.

Mr Selakovic pointed out that his visit to Ghana began with a meeting with President Nana Addo Dankwa Akufo-Addo, who attended the 60th anniversary of the founding of the Non-Aligned Movement in Belgrade last year.

The Minister reminded that the President of Ghana was awarded by the President of Serbia with an Order on a ribbon for his contribution to the development of bilateral relations between the two countries and for his personal merits in withdrawing the recognition of the independence of Kosovo.

According to him, at the meeting with the President of Ghana, an agreement was reached on the opening of the Embassy of that country in Belgrade, for which the government of Serbia and the Ministry of Foreign Affairs will provide selfless assistance.

During his one-day visit to Ghana, Selakovic met with the Minister of Foreign Affairs of Ghana, Shirley Ayorkor Botchway.