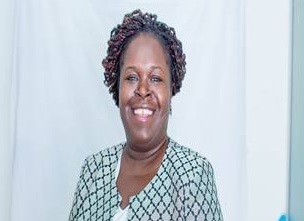 Gladys Amoah has resigned as the Managing Director, of Unilever Ghana.

Also, Yaw Nsarkoh, who is a Non-Executive Director has resigned from that position effective November 30, a press release from the company said.

It is not clear for now what might have influenced the resignations.

The action comes at a time the firm is going through some financial challenges, developments that some may say it’s a threat to its operations in the country.

Madam Amoah is stepping down after a little over a one year serving in that position. She was appointed the head of Unilever on November 1, 2018, taking over from Ziobeiton Yeo.

Before her appointment, she was the Customer Development Director of the company, a position she occupied from November 2016.

She has 20 years of experience in FMCG and has held roles in both Customer Development and Marketing.

In August this year, the country’s largest producer of consumer goods listed the banking sector reforms as a key factor in low sales of its products.

Unilever Ghana disclosed in an email that “many distributors were finding it increasingly difficult trading.”

The email noted the “economic climate in Ghana has seen a slow-down especially in trading conditions particularly after the banking sector reforms which began in Q4 2018.”

The reforms began in August 2017 when the Bank of Ghana revoked the licences of two banks. A year later, five more banks collapsed.

The company said the subdued consumer demand together with the reforms, has seen the company’s distributors posting “unusually high inventory levels.”

The company said it was bracing for a “considerably lower than planned” turnover in its outlook for the rest of 2019.

In reaction, the company said it has decided to “reset the levels of stock held by distributors over the coming months.”