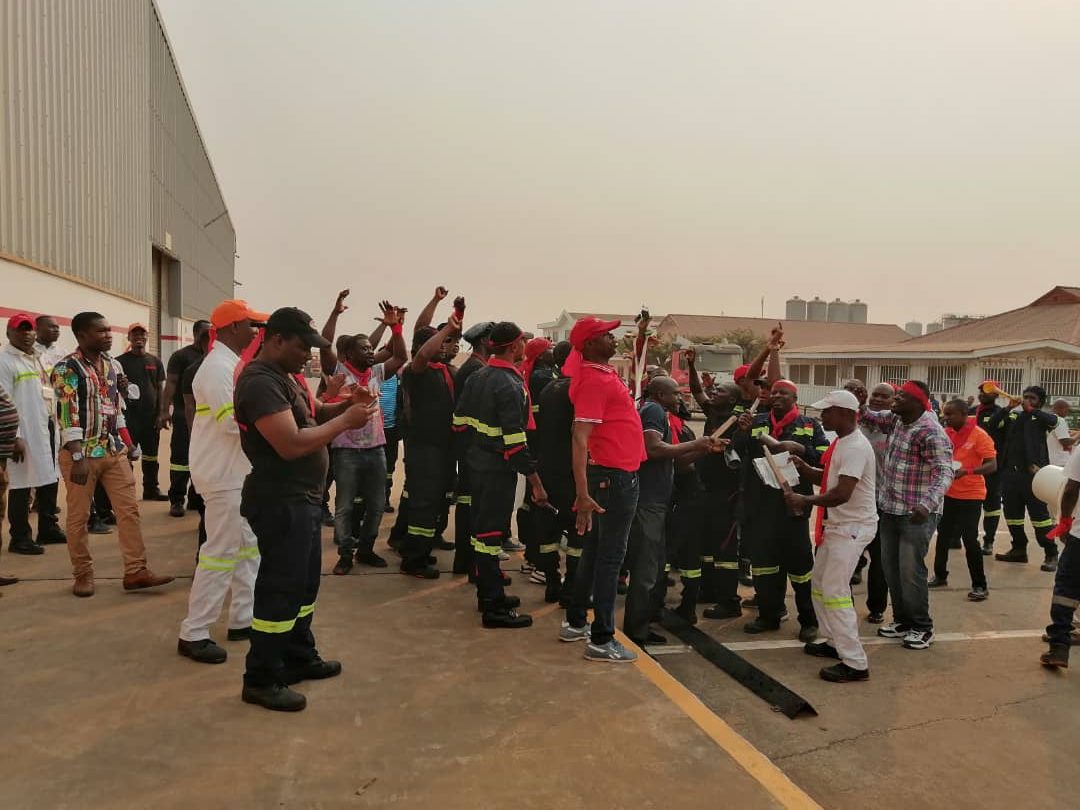 Workers of Coca-Cola bottling Company Ghana Limited continues to demonstrate on the premises of the company as they seek the reinstatement of the former MD,  Seth Adu-Baah.

This is the third time the workers are demonstrating since they started the mass action on Thursday.

Speaking to Citi FM, Assistant Secretary of the local chapter of the Industrial and Commercial Workers Union of Coco-Cola Company Goerge Sarpong said the workers will resist the appointment of a new MD.

According to him, the demonstration is a strong message to the President and the Minister of Industry that a member of the management team wants to layoff all Ghanaian directors in the company.

He alleged that the said management member of the company has succeeded in some other African Countries in laying off all Africans in director positions.

"We want to send a clear and a strong signal to the President and the Minister of Industry that there is this man called Felix Gomez who's agenda is to layoff all Ghanaian Managing Directors in executive positions in Coco-Cola, he has done that in Liberia and he has succeeded that in SeriaLeone and in The Gambia, but we are saying no way in Ghana, we will indeed be citizens and not spectators.."

He also revealed that the former MD who has played a critical role in the growth of the company was asked to resign because he refused to layoff some 150 staff of the company.

"He also wants to lay off 150 staff and this the current manager protested strongly by refusing to sign and that led to his resignation.."

The Auditor-General, Daniel Domelevo, has asked the Deputy Minister of…