Wizkid's "no show": The legal implications for events management 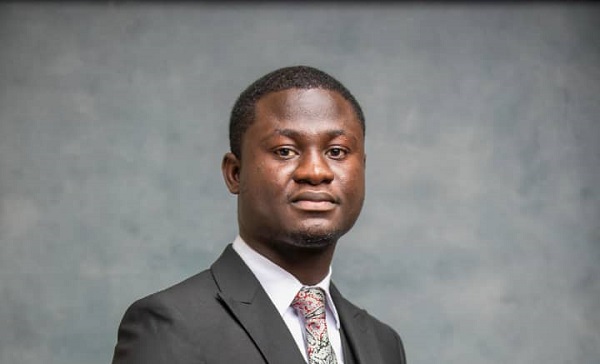 It is Christmas and as usual, Accra is once again a tourist haven and holiday destination for resident Ghanaians, diasporans and other foreigners. On one hand, there is the joy at the plethora of shows and events whose eye-popping billboards are all over town.

On the other hand, it's December again and the ugly spectre of canceled shows and concerts inevitably rears its head. On 11th December 2022, the news was all over the media that Wizkid, the Essence Hitzmaker and headline artiste for the concert organized by Live hub and dubbed “Wizkid Live Concert”, together with King Promise had failed to make an appearance

In recent years, it has become commonplace to see headlines of this nature in the media. From the Dancehall King, Shatta Wale failing to show up for the Hogbetsotso Festival Concert in November to Kizz Daniel’s arrest for a similar incident in Tanzania, it has become common to hear of the willful and voluntary absence of artists at shows which they have been contracted to perform. As in the instant situation, these are shows in which event organizers would have made several financial commitments in terms of promotion, marketing, advertisements, ticket sales among other operational expenses.

The casual disregard for the sanctity of agreements at the expense of their personal integrity and reputation by artistes is a mark of their arrogance, insensitivity and vanity. This practice has been worsened by the lack of legal consequences following the occurrences of such cancellations.

The easy acceptance of spurious apologies and placatory gestures and the short memories of Ghanaians has served to led to the occurrence of whimsical cancellations by Ghanaians with increasing frequency.

This is an issue of concern to event organizers, creatives, the entertainment industry as a whole and the ordinary Ghanaians. On the part of the lawyers, the task of speaking on this issue has been likened to beating a dead horse as event organisers and members of the entertainment industry are hesitant to seek the counsel of lawyers, it is equally important that some education is needed in this sector.

The increasing complexity of these issues as well as the business and legal challenges that keep arising demand a brief but detailed excursus on this topic.

In the following paragraphs, I will outline the need for a contract to govern such business arrangements, the clauses that can be included to safeguard the rights and enforce the obligations of both parties, feasible conditions that can be considered as breaches of the agreement and recommend some remedies to the relevant parties. The core focus of this piece shall be on the event organizers and the artiste.

THE NEED FOR A WRITTEN CONTRACT

Agreements are formed on a daily basis by people across the world to govern different facets of their lives. Once promises are exchanged between two parties with the exchange of money or the performance of an obligation, it is deemed that a valid agreement has come into existence. However, it is far too often the case that not every agreement can be considered a legally binding and enforceable contract. A contract is an agreement giving rise to legally enforceable obligations.

In the entertainment industry, artists and event organizers are to have formal verbal agreements without subsequently reducing said agreements into written form. It bears reiterating here that verbal agreements are not necessarily legally enforceable contracts. It has also become a practice for some event organizers to download templates from the internet and alter portions of the supposed “standard” agreement to suit their needs. Therein lies the first and most important mistake which is the failure to recognize the need for a formal written contract.

At Law, a valid and enforceable contract has to have the following elements;

The importance of these elementary ingredients cannot be overstated. These principles form the foundation of every legal and binding contract. It must further be noted that a written contract cements the commitments made by the parties to the agreement and highlights the final obligations of all parties.

A well-drafted contract would contain clear expectations as to the nature and scope of the services to be provided. This can prevent misunderstandings arising from unmet expectations such as the failure of event organizers to accede to unreasonable last-minute requests by artists or demands that are not captured by the contract nor can be reasonably anticipated.

A typical example of a situation that a written contract can prevent is the refusal of Kizz Daniel to perform in Tanzania due to the loss of a gold chain that he wished to wear while performing. On the part of the event organizer, this would include the provision of services such as marketing, proper audio/visual equipment, etc.

However, it is not enough to have a contract in writing. There are standard terms in all commercial agreements which must be present.

In every commercial agreement, there are standard terms known as boilerplate clauses which by practice, must be included in an agreement. At the minimum level, these routine clauses can provide some measure of legal protection provided they are drafted with some measure of regard to clarity, legal enforceability and the interests of both parties. It is our foremost advice that lawyers must be employed to review some of these agreements. As the law is their bread and butter, it only makes sense to have an expert glance through to ensure that everything is watertight.

Cancellations and outright failure to make appearances at concerts and shows is becoming endemic in the entertainment industry and it is high time that measures are put in place to halt this practice. The existence or otherwise of agreements, verbal or written, does not necessarily guarantee protection from human failure and disappointment of expectations. It is however important to note that a written contract is necessary to outline the terms and conditions of the proposed service. In the following, I propose a triad of clauses intended to safeguard the interests of all parties to the contract. These are cancellation, penalty clauses and indemnification clauses.

Termination clauses and cancellation clauses are often confused with each other but they both govern the different set of circumstances that can result in the cessation of a contract prior to the date. Termination in this regard concerns the power to cancel events due to events beyond the control of the parties such as events that fall under It is entirely possible to subsume all the clauses covering both areas under one clause but for the sake of clarity, separation of the events is necessary, especially considering the overall complexity of event agreements and its surrounding circumstances.

From the Wizkid live case study above, it is entirely possible for an artiste to pull out of an event a few hours before the commencement of an event without prior notice to the event organizer. At the risk of digressing, this in part stems from the habitual-and often quite intentional- lateness of African artists and in particular Ghanaian artists to events. Rare is the contracted artists who make it a point to show up on time for performances.

As seen in the case of the Essence Hitzmaker and King Promise, the event organisers had no way of knowing that the contracted artists were not going to show up. To prevent the occurrence of such situations, it is important to include a cancellation clause in the contract.

The clause should define explicitly what constitutes a valid event cancellation and the length of notice that should be given. A properly drafted cancellation clause would serve to prevent cancellations for capricious and whimsical reasons. The requirement of the service of advance notice would also prevent situations where artists would feel entitled to provide reasons for cancellation after the fact as happened in the Wizkid Live Concert when the artiste cited security concerns as the reason for his no-show and certainly not the “few “empty seats in the stadium.

Of particular concern to event organizers is the recovery of losses in the event of a cancellation. We propose the inclusion of a cancellation penalty clause in the contract. It is often the case in event contracts that, subject to a payment schedule, artists are paid a deposit of the total contract price for their performance. As happened in the Shatta Wale cancellation event, such amounts are typically not refunded by the artists.

We propose the inclusion of a penalty clause to provide some measure of protection against the heavy losses that can arise from the mobilization of logistics, investment in human resources for the program as well as other expenses. The penalty clause could be liquidated, unliquidated, or propose a refund of the deposit.

A liquidated penalty clause would stipulate the payment of a defined amount in the event of a cancellation outside the scope contemplated and mutually agreed upon in the contract. An unliquidated clause would establish the general liability to make payment upon cancellation. It is also advisable to consider the inclusion of a refund of any deposit payment made to the artiste prior to their performance at the event.

On the part of the event organizer, it is advisable to include what is known as a cancellation-by-you-clause. Under specific circumstances and subject to set conditions, this clause would allow an event organizer to also back out midway through the contract.

Although indemnification tends to be a standard clause in most commercial agreements, it is often surprising to find that when it comes to event contracts, such clauses are missing. An indemnification clause particularly in the case of the event organizer would protect the organizer from third-party legal actions due to the negligence of the artiste.

After standing for long hours at the Accra Sports Stadium, concertgoers were left with the bitter taste of disappointment due to the failure of Wizkid, the headline artiste to make an appearance. The furor generated by absence considered in light of the exorbitant fees paid by the attendees highlights the deep-seated anger that is held by Ghanaians for the continued absence of contracted artists at shows to which they have been paid to perform.

Although Live hub has made an effort to manage the subsequent fallout by making a commitment to refund the fees of all attendees, the events of 10th December are fertile grounds for a class action suit against the event organizer for failing to ensure the attendance of the headline artiste who was the main drawing factor for many attendees.

Live hub as event organizers cannot be said to be at fault for the voluntary absence of their headline artiste and King Promise, an indemnification clause would further serve to offer some measure of protection from legal action by the attendees.

Indeed, “there are several ways to skin a cat” and the experience of event organizers in the entertainment space and the business relations between them and artists cannot be overlooked, it is equally important that some measure of professionalism needs to be injected into the entertainment industry, especially on the part of the artiste. The formalization of business arrangements through the creation of a written contract is the first step in this direction. It is time to put a stop to the casual disregard by artists for the efforts of event organizers and the dedication of the average music fan in Ghana. It starts from having written contracts, including safeguards such as cancellation clauses, penalty clauses and indemnity clauses.