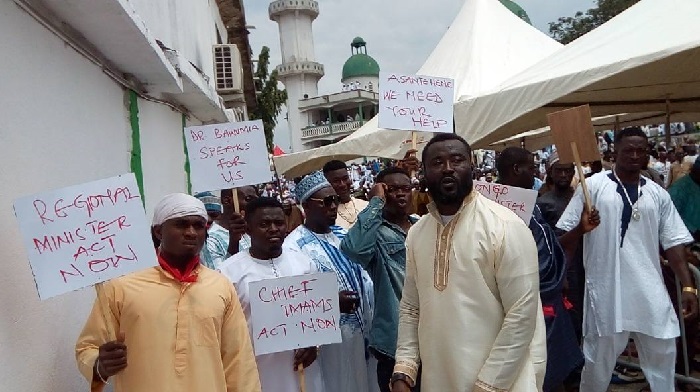 The remaining six of the seven youths killed in Kumasi Zongo by police for alleged robbery in Amansie West District will be laid to rest today.

Ahead of the burial, community leaders say they will deploy security personnel to maintain order and ensure an incident-free ceremony.

Today's burial ceremony is the outcome of discussions between bereaved families and the Council of Zongo Chiefs which addressed a press conference in Kumasi.

The killing of the seven people, one of who was buried two weeks ago, sparked violent protests from Zongo youth who maintain the deceased were innocent.

A five-member independent committee set up to investigate the killing of the seven people is preparing to wind up its work.

The Council of Zongo Chiefs says burial service will be held for all remaining six: four Muslims and two Christians.

The Christians are Razack Sule, also known as Frenchman and Oliver Konlan or Rasta.

"The prayer "janaiza" will be held simultaneously at 10: 00 am at the Kumasi Central Mosque. There will be a brief "Adua" at the Central Mosque after the burial. The two Catholic Christian brothers by name Razack Sule, a.k.a Frenchman and Oliver Konlan, a.k.a Raster will also be buried on Saturday, 8th of September 2018 at the Tafo Cemetery after Christian prayers."

Alhaji Shariff says adequate security will be provided, including the deployment of the military to ensure violent-free burial service.

He warned the council will not cover up anyone for acts of misbehaviour at the funeral service.

"Anybody who does anything untoward would be picked up and he should not think that we would be there to help them.

Meanwhile, the Council of Zongo Chiefs says it is satisfied with the work of the independent committee set up by the government to probe the killings.