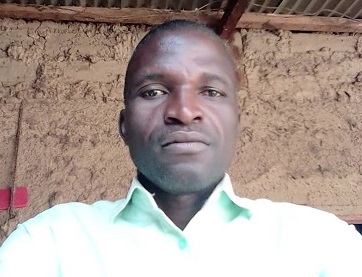 The Assistant Disaster Officer of the National Disaster Management Organisation, NADMO in Garinkuka, Kojo Samson Nyokija has disclosed that about 1,028 immigrants have come to seek refuge at Garinkuka, a village on the Chereponi-Yendi road.

According to the NADMO officer, Garinkuka has been populated with Chereponi residents since March 16, 2019, following the violent clash between the Chokosis and Konkombas. Residents who migrated from troubled Chereponi to Garinkuka are women and children.

In an interview with PrimeNewsGhana, the Assistant Disaster Controller of NADMO, Mr. Nyokija said about 1,028 immigrants are in Garinkuka.

''Garinkuka has been populated with about 1,028 residents of Chereponi since March 16. We are in a serious crisis now, since Chereponi residents arrived at the area there has been a shortage of food and water in the area. The community has only one borehole which serves the entire Garinkuka community and because of the increase in population in the area, people have to wake up at dawn to queue to get water for domestic purposes.

''We share our food with them and it has led to scarcity and also they feed on burnt yams from their farms. We are in serious crisis, he repeated''.

The NADMO official in the area added that the immigrants who have relatives in other areas have fled to seek refuge there whilst others who don't have settled in Garinkuka and live in classrooms, some sleep on the streets whilst others at the market square.

Mr. Nyokija added that: ''Curfew has been placed on the Chereponi district, also the police and military patrol in the district during day and night. Also at the Chereponi area, women and children have fled to Garinkuka and other neighboring communities leaving the men in the community ''.

''I was given a directive to register the displaced people that was how I got the number in Garinkuka. I received a call from my regional office just this evening and he communicated to me that some items have been released to the headquarters and I am sure the items will be released within the week'', he added.