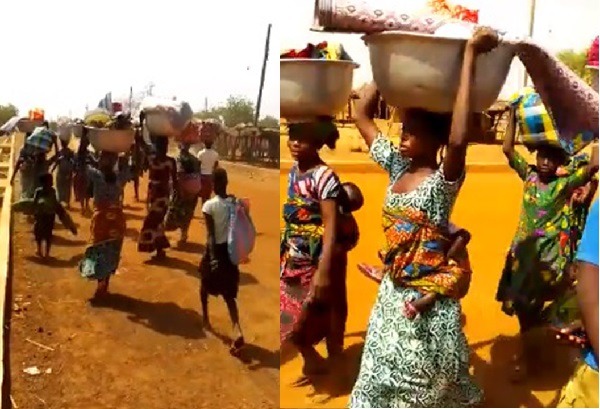 The residents of troubled Chereponi, a district in the Northern region have migrated to seek refuge in Garinkuka, a village on the Chereponi-Yendi road due to the conflict between the Konkombas and the Chokosis.

The violence which occurred in Chereponi was as at a result of a conflict between the two ethnic groups, Konkombas, and Chokosis over a 3-acre piece of land at Nanduni.

As a result of the clash, women and children were displaced. Some ended up in bushes around Chereponi whilst others fled to Garinkuka to seek refuge.