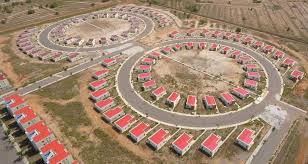 According to him, the legal processes will continue upon the completion of value for money audit by the Ghana Institute of Surveyors to establish the extent of embezzlement.

Speaking on the floor of Parliament, Samuel Atta Akyea said all who signed the contract after the approved one by parliament will face legal action.

The two hundred million dollar project has been abandoned for the past three years.

Government has over the years looking into the deal.

Samuel Atta Akyea said action will be taken after the Ghana Institute of Surveyors complete their value for money audit.

"It's a strong position in law that all the contract reportedly signed by Honourable Collins Dauda and some chief directors after the original contract has received parliamentary approval...has no legal consequence. At the moment the Ghana Institute of Surveyors is engaged in a value for money audit their finding will indicate the extent of embezzlement of state resources."

"All the offenders of the law will be arraigned before a court of competent jurisdiction to answer criminal charges, civil actions will be used to recover monies lost to the state. The audit will allow telling how much we will need to complete the project" he added

Samuel Atta Akyea in April said the Saglemi housing project which has been abandoned will see some works by the close of the year.

The project was for the construction of 5,000 units of affordable housing.

Mr Atta Akyea who last year disclosed that the government had planned on terminating the contract for the project says they could complete some 1,500 before the year ends.

"It will not be too long to complete some units, we need to complete them before the year ends, we should complete about 1,500 and begin the roll out the rest later so we hit the 5,000 units that is in the contract," he said on the Joy Super Morning show.