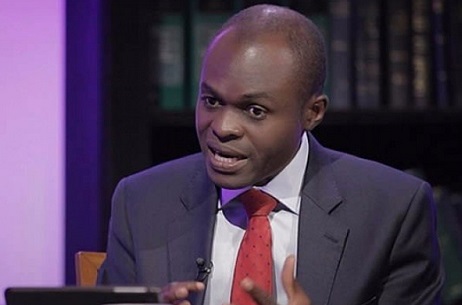 Private legal practitioner Martin Kpebu has accused the Commissioner of the Customs Division of the Ghana Revenue Authority (GRA), Colonel Kwadwo Damoah, (RTD) of being 'ultimately responsible' for the unlawful customs advance ruling by his then Deputy Commissioner for Customs in charge of operations, Joseph Adu Kyei.

According to him, Adu Kyei reports to Damoah and it is the fault of the superior for not reading the reports submitted.

"Speaking in an interview with Joy FM, he said: They are liable that's why they paid... Colonel Damoah was interviewed and he distanced himself trying to say Adu Kyei didn't do the right thing but he forget that he is ultimately responsible."

"So the worst-case scenario, Damoah wasn't watching, he was sleeping on the job that his deputy was doing illegal things."

"Damoah cannot take himself out of this case it's just too late in the day."

Matin Kpebu elaborated saying he is not too keen on the prosecution of this case thus addressing the issue widely as being undertaken is the right procedure to go by as taking this root will at least recover some part of the money.

" Let go on the wider investigation. This also brings to the fall the matter of re-sourcing the special prosecutor. They have long asked for service so they can plug into the port which will enable them to see transactions independently."

According to him, there can be manipulations in manifest the Special Prosecutor takes from the Customs division.

"People can manipulate the manifest and invoices. But if you give the Special Prosecutor the resources in this case, they can monitor the transactions, then we will be saved." he said

Kpebu urged Ken Damoah to redraw the comment he made terming the Special Prosecutor of Ghana as a small boy. He said Damoah needs to accept his mistakes and apologies.

"He should do the right thing. We all make mistakes. We are all trying to contribute in building Ghana and in the process, things happens. He should redraw that comment and then come on the merit, take the report and answer point by point those that concern him so we can see what to make of his answers not the adhominem ones about age and conspiracy theory." Kpebu added.