The Ekumfi Srafa Pineapple Growers Association have called for increased allocation of extension officers to help them redeem their farms from pest infestation.

The farmers noted that in anticipation of the pineapple processing factory in the area, they had expanded their farms and were eagerly hoping for a good harvest.

However, they said, pest attacks on the farms have left many of them (farmers) worried as they watch their investments go down the drain.

They indicated that if such money and resources invested in the farms go down the drain, they will have devastating effects on them and their families.

According to her, the disease known among the local farmers as “Koyinko” got worse in April and May last year.

Centipedes also attacked the suckers and some fruits, hence destroying many hectares of pineapple farms.“They (the farmers) are worried their investments would go down the drain.This will affect incomes and families,” she said. 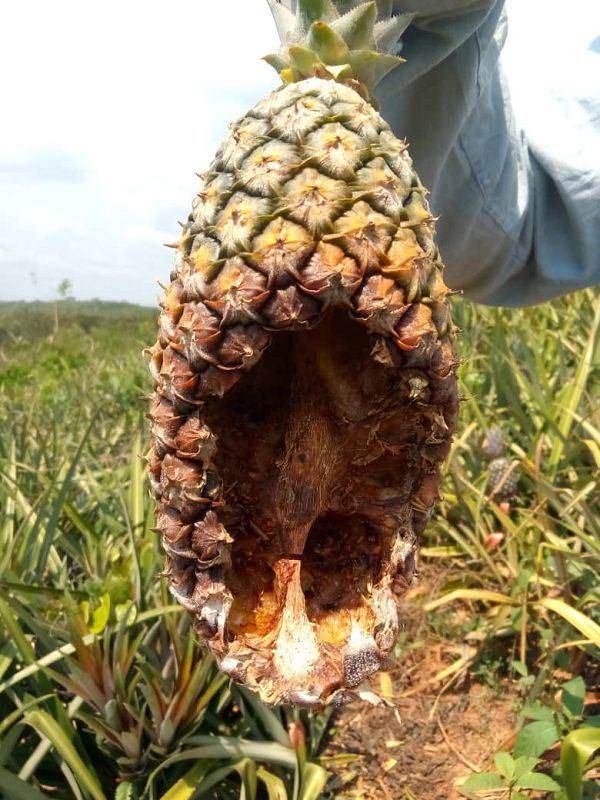 Madam Koomson said some of the farmers had to cut out the affected suckers and replant them.

She said it was necessary to increase extension services to the area to help the farmers to reduce losses and achieve maximum output.

She noted that the limited number of extension workers allocated to the farmers in the areas was an issue of concern to them.

Madam Koomson said the farmers were supported and brought together with support from the Business Sector Advocacy Challenge Fund.

She commended BUSCA for supporting efforts to educate farmers on advocate business awareness education for the farmers and promoting the activities of small-scale farmers in the area.