The Ghana Broadcasting Corporation which is the National Broadcaster and its outlets across the nation risk going off-air.

This is due to the company's indebtedness to the Electricity Company of Ghana (ECG).

At the National Media Commission's (NMC) meeting with President Akufo-Addo on Wednesday, November 6, 2019 Chairman of the Commission, Yaw Boadu-Ayeboafoh said the debt of GH¢25m has dire consequence for National Security Council if not paid promptly.

READ ALSO: Payment of TV licence fee to be re-introduced by GBC

He said the National Security relies heavily on the services of GBC and its outlets to monitor events in the country. 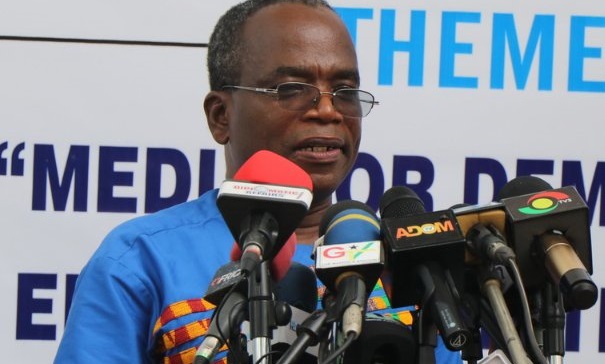 Mr. Yaw Boadu-Ayeboafoh is the Chairman of the National Media Commission.

The President, who has been meeting organised bodies, took the opportunity to caution the media against yellow-journalism.

The media must be balanced and fair, the president admonished.

Nana Akufo-Addo further called for a clear balance between media freedom and responsibility.