Payment of TV licence fee to be re-introduced by GBC 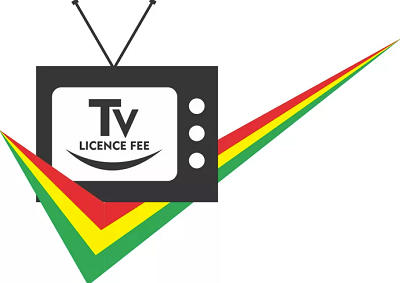 Mr Yamson made this known when Executives of the Ghana Journalists Association (GJA) paid a visit to the management of GBC to show appreciation for assisting it during the launch of the Association’s 70 anniversary.

The GJA President Affail Monney also urged the Ghana Broadcasting Corporation to support its sanitation project as part of efforts to create awareness on the need for a clean environment.

GBC officially reintroduced the collection of the TV Licence fees in 2015 after years of putting it on hold due to non-payments.
While domestic TV users are to pay between GH¢36 and GH¢60 for one or more TV sets in the same house every year, TV set repairers and sales outlets are to pay an annual sum of between GHc60 to GHc240.

For commercial TV operators, they are to pay GHc36 per annum for each TV set.
GBC had in the last two years since the re-introduction, appealed to Ghanaians to voluntarily make their payments.

In 2017, the Chief Justice, Sophia Akuffo set up a special TV Licence Courts to hear cases of people who refuse to pay the mandatory TV licences.

The courts, numbering 11, are located across all the ten regions of the country and are to “sit every Thursday with effect from 4th January 2018 until otherwise directed,” a letter from the Judicial Service and addressed to the Director General of the Ghana Broadcasting Corporation (GCB), stated.

According to Section 1(a) of the TV licensing Act 1966 (NLCD 89) as amended, “Any person who contravenes any provision of this law or regulation shall be guilty of an offence and shall be liable on conviction to a fine or to imprisonment for a term not exceeding one year.”