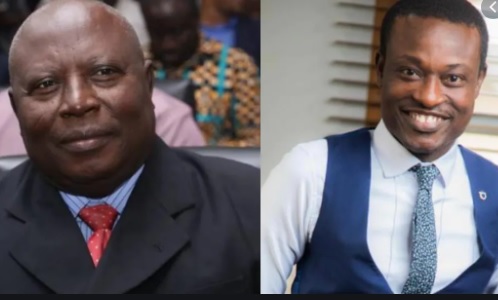 According to him, Kissi Agyebeng lacks the weight and will to fight corruption.

The Tamale South MP speaking to Citi News said the appointment is disappointing.

â€œCredentials compared to who? Mr. Martin Amidu is a non-starter. Compared to Mr. Martin Amidu in terms of stature, experience, integrity, and reputation, he [Kissi Agyebeng] just doesnâ€™t come close. You need men of weight and will to fight corruption. Mr. Martin Amidu suited [the Office] perfectly but because he would not get the cooperation and the support of the president, he had to bow out.â€

The Attorney-General, Godfred Yeboah Dame, nominated the law lecturer and private legal practitioner as the replacement for Martin Amidu, who resigned from the position in November 2020.

Parliament is yet to set a date for his vetting.

If approved, Mr. Agyebeng will be Ghanaâ€™s second Special Prosecutor since the office was established in 2017.

After Agyebengâ€™s name was announced, several persons have shared their opinions on the appointment, with some claiming he is too young to fight graft in Ghana.

Kissi Agyebeng was called to the Ghana Bar in October 2003 and holds a Bachelor of Laws (LLB) degree from the University of Ghana, as well as Master of Laws (LLM) degrees from Schulich School of Law, Dalhousie University, Canada and Cornell Law School, USA.