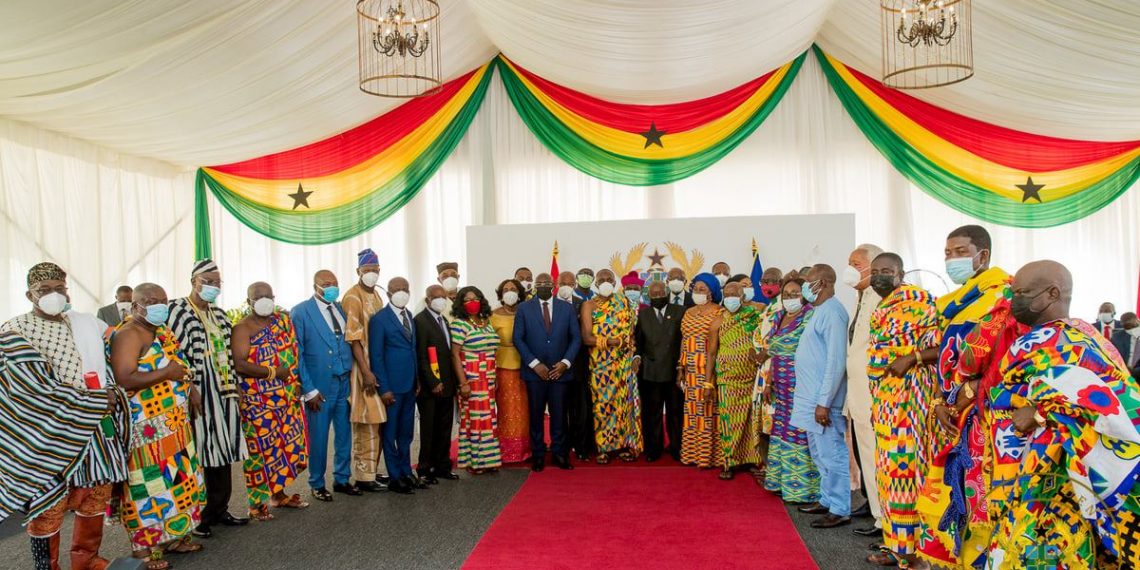 The National House of Chiefs has added its voice to the current debate on the activities of Lesbian, Gay, Bisexual, Transgender, Queer and Intersex (LGBTQI) in the country.

It says unequivocally that traditional rulers will not throw their weight behind such acts they deem uncultured and non-Ghanaian.

â€œIt is pertinent to note that, as traditional leaders and for that matter custodians of our lands, we will never support, accept or condone such practicesâ€, the House of Chiefs said in a press release.

READ ALSO:Â Same-sex marriage will not be legalized during my tenure â€“ Akufo-Addo

Nananom expressed concern about the ongoing discussions on the subject saying nowhere in history does the Ghanaian culture subscribe to LGBTQI which is â€œtaboo, inhuman and alien to societyâ€.

The chiefs added that although they will never entertain LGBTQI in the communities, they will continue to have respect for the human rights and opinions of such individuals.

It also noted that the House will resist strongly, any attempts to impose any culture that seems to undermine the tradition of the Ghanaian.

It thus urged the government not to succumb to any external pressure in the name of bilateral relationship to approve such practices.

In the meantime, the National House of Chiefs has pleaded with the public to be lawful and desist from unleashing attacks on persons who identify or are believed to be members of the homosexual movement.

â€œWe are, however, appealing to Ghanaians not to take the law into their own hands by way of burning, lynching, molesting and visiting mayhem on suspected gay or lesbian couples, rather should report such individuals to the law enforcement agencies for necessary actionâ€, the statement added.

Many religious bodies, Parliamentarians, Ministers-Designates, human right advocates, supporters of the movement and other relevant stakeholders, in particular, have all waded into proposals for the legalization or criminalization of homosexuality in Ghana.

While some say the practice when allowed will serve interests that are abhorrent to the culture and values of the Ghanaian people, others have insisted that the rights of LGBTQIs must be protected.

But following renewed pressure on the executive arm of government on the matter, President Akufo-Addo has stressed that it will not be under his presidency that marriage between persons of the same sex will be legalized in the country.

â€œFor same-sex marriage to be legalized in Ghana, it will not happen in my time as Presidentâ€, he pointed out emphatically.