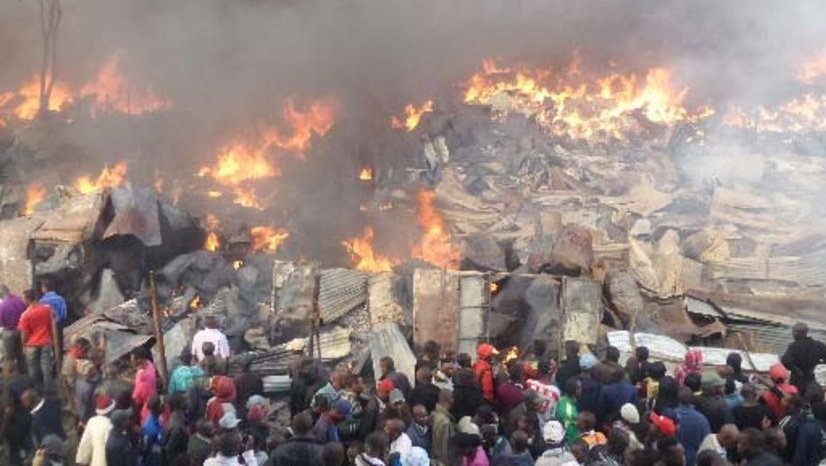 The New Patriotic Party (NPP) has accused the National Democratic Congress (NDC) of being behind the recent market fires in Accra.

The NPP in a statement said the NDC is doing this as a way of expressing their anger over the outcome of the presidential election.

The NDC over the past few weeks have vowed to protest against the 2020 presidential elections which have turned violent.

“The NPP has noted with grave concerns and revulsion, the increasing spate of market fires being experienced across the country in recent times. The sheer rampancy and coincidence with which the markets are burning, coupled with the constant threats by some elements of the opposition to burn markets in order to drum home their concerns over the outcome of the 2020 general elections, leaves no lingering doubt that they are behind these arson attacks,” the NPP said in a statement signed by its General Secretary, John Boadu.

The party urged the Ghana Police Service to quickly investigate the cause of the fires and ensure perpetrators are arrested and prosecuted.

“While commending the Police for arresting one of the suspected arsonists behind the Kantamanto fire outbreak by name, Daniel Dah Kormlah, who had been identified as an active member of the opposition NDC, we also implore the police to immediately arrest Daniel Tee together with all his accomplices and make them face the full rigours of the law.”

In recent weeks, some markets in Accra have been gutted by fire.

Some notable ones are the Odawna market, Kantamanto and parts of the Kaneshie market.

Meanwhile Member of Parliament-elect for the Madina constituency, Francis Xavier Sosu has dispelled claims that the National Democratic Congress (NDC) is behind recent market fires across Accra.

Speaking to Citi News at his Thanksgiving Ceremony at the Adonai chapel in Madina, Sunday, December 20, 2020, Mr. Sosu stated that the NDC was not behind the fires and also do not support such acts.

He added that the rumours of the NDC being behind the fires are from the governing New Patriotic Party (NPP) who are trying to paint the party in a bad light.