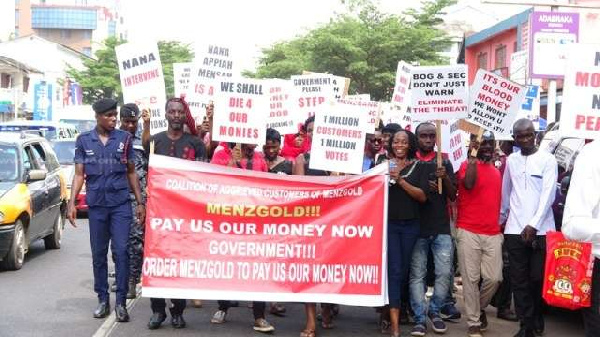 Aggrieved Customers of Menzgold are demanding a publication of names of customers who the company has paid their investments.

CEO of the embattled company Nana Appiah Mensah, NAM1 said they have paid up to the tune of 9.6 million of debts owed customers.

General Secretary of the coalition of the Aggrieved Customers Samuel Odartey said it cannot be true that the company paid the said amount to customers.

According to him, all the assets and accounts have been frozen how then was he able to get the money to pay the customers.

He said NAM1 is just throwing dust into the eyes of Ghanaians.

"Where did NAM1 get the money to pay 9.6 million cedis and how was the payment done, indicating an amount with dates he is at it again throwing dust into the eyes of the public."

The aggrieved customers have also raised concerns about how state authorities allowed NAM1 to carry out a ceremony to unveil a new signee to his Zylofon record but still owes people.

"This signing ceremony which was organised with grandeur and pageantry with the full glare of our state authorities occur while victims of Menzgold continue to record deaths among them with a current figure, not less 55."

Tisha, an Afro-Pop musician, was on Friday, June 12, 2020 unveiled as the new face of the music record label, Zylofon Music. 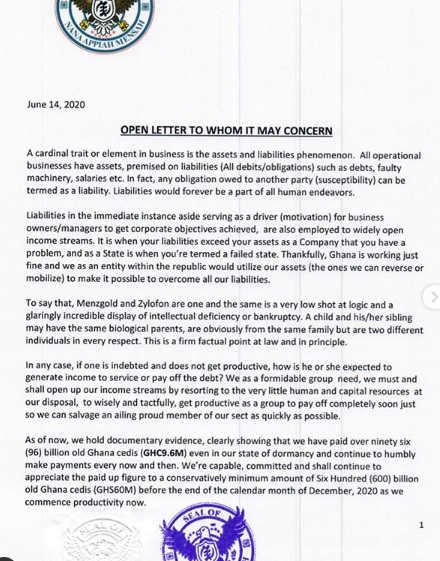