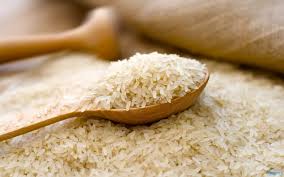 An agro Processor and a farmer, Yaw Adu Opoku, says the quality of locally produced rice has been significantly been improved.

Yaw Adu Opoku stated that the perception people have that the locally produced rice has stones in it is a thing of the past.

According to him, they have equally brought in rice mills that are the ones used in producing rice in Vietnam, China and Thailand.

Responding to concerns about the quality of the local rice, Yaw Opoku touted the local rice as been better than most of the rice imported from foreign countries.

" I will tell you yes, we have also brought in the same rice mills that you find in Vietnam, Thailand and China. What we produce is actually better than what is imported The perception out there is that Ghana rice is not well produced and if you eat it there are stones in it but that was yesterday we don't have it anymore," he said this on Joy FM today.

Reacting to the challenges facing the rice sector, the government said they are in talks with 20 major importers of rice into Ghana to get them to rely on locally produced rice for both domestic consumption and export.

Addressing the media, the Minister of Food and Agriculture, Owusu Afriyie Akoto, said the importation of rice will reduce drastically in about three years’ time as the government builds the capacity of local rice farmers.