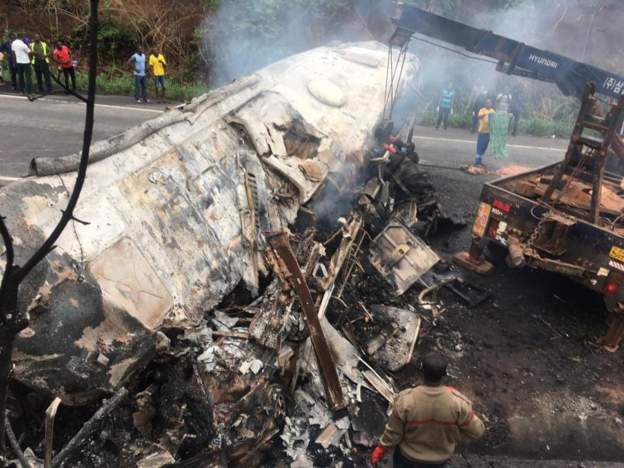 One of the six survivors of the Kintampo Highway accident has blamed the incident on the Yutong bus driver.

She said it appears the driver was sleeping and veered off his lane and collided head-on with the Sprinter bus.

"It appears our driver was asleep, so he veered off his lane into the lane of the Sprinter bus leading to the head-on collision, the vehicles started burning, all I could hear was screaming from the Sprinter bus but there was nobody to help them, lot's of cars passed, we tried stopping them but none stopped to help".

The death toll of the accident is pegged around 30, with over 20 of them burnt beyond recognition.

The families of the victims are finding it difficult to identify the bodies as they have been burnt beyond recognition.

"For now we have no option except to ask the medical authorities how they can identify the bodies else we would have to go with a mass burial".

This crash has been the most fatal since the Dompoase crash which claimed 35 lives in January 2020.