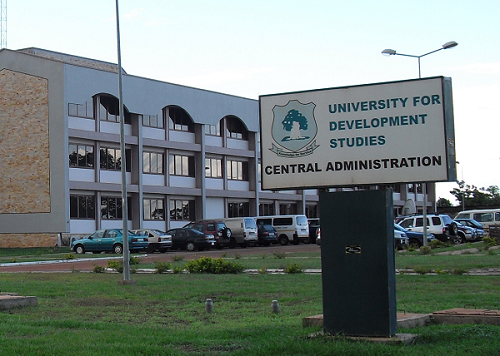 Lecturers at the Wa campus of the University of Development Studies, UDS have threatened to lay down their tools to protest the rampant robbery attacks on them.

According to the lecturers, most of them have suffered from robbery attacks in the Wa municipality.

The lecturers added that the situation is disrupting smooth academic work as both teachers and students live in constant fear.

Presenting their petition to the Regional Minister, Dr Hafiz Bin Salih for onward submission to President Akufo-Addo, a lecturer at the school Dr James Lomibe said, "We are saddened to draw your attention to the continuous and incessant attack and burglary on lecturers and other staff of the university, living and residing within the Wa municipality, we will like to inform you that many of our lecturers have constantly suffered cruel robberies many at gunpoints with traumatising effect on their families especially the children."

"To date nearly 35% of our lecturership have suffered at least one robbery or burglary with some as many as eight times and a total frequency of 60 cases so far between 2016 and now, these statistics are just among the teaching staff if we were to include the non-teaching staff and students of the University the statistics will even look more alarming...."