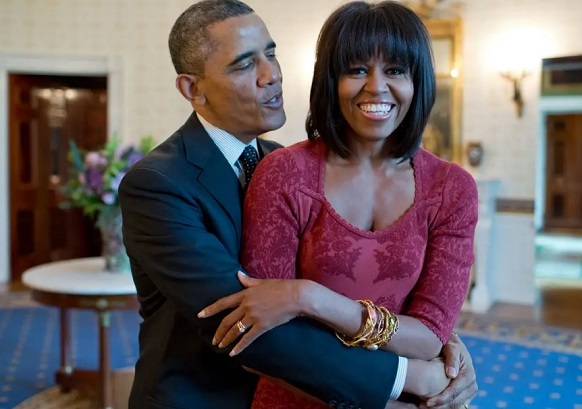 Michelle Obama, the former US first lady has been the cause of the discourse around marriages in the last one month or so.

Social media is awash with the videos she is doing to promote her new book and the think pieces that keep stirring internet wars particularly on twitter cannot stop coming.

Her marriage has always been admirable to a huge percent of the world's population. Men have wanted something that solid, and women too have coveted her life, and deeply so, because we have always only seen the fine print of the work that has gone into making it.

To us it has always been a really good looking husband, who became the first black man with African roots to rule one of the world's most powerful nation, and their two beautiful children, who grew up right before our eyes.

We had never seen her marriage, and the things she has had to endure to stay with her man with a deeper perspective until now when she is being really candid with the uncomfortable truths about what it means to be a married woman.

This discomfort she has stirred in women is what brings the question I am trying to answer. Can a marriage exist without taking too much from a woman? Are we eternally destined to always give more? To sacrifice more? And to endure the deep inequalities that Feminism has tried to eradicate?

I might not have an answer because I have never been married but here are a few lessons I have picked from listening to the former first lady.

Marriage Can Never Be Equal

You can never negotiate for a feminist relationship with a heterosexual man. By Feminist here I mean an an equal relationship.

The man may be willing and conscious about inequality but marriage as it is, is a patriarchal system that was built upon the subjugation of women, and until this system is completely dismantled women are always going to suffer inequalities in it. The only thing women can do at present is negotiate for less harm.

Marriage Comes At A Cost To Women

Many women wish to get married, and their frustration towards Michelle is rooted in the fact that they still hope that marriage can benefit them in the ways that it benefits men.

Marriage though is a system that was borne out of the need of consolidating resources between families in an era when women were not anything more than mere vessels charged with the duty of child bearing.

This is why despite being married to one of the most progressive men in the world, Michelle struggled with the same basic things that pain women of all social classes.

That is being or of burdened with the labor raising kids alone while the man who is supposed to be an equal partner is out there chasing his career and personal ambitions.

Her Lived Reality Is Quite Universal

What Michelle has done is that she has revealed the truth of what marriage truly looks like. The truth we see everywhere across the world and that truth we are still trying so hard to resist.

Barack would find time to go to that gym, and to golf while she was feeling totally overwhelmed by the labor that comes with taking care of two young children. According to her, they had a difficult ten years where she felt she was investing more into the marriage than he was.

Our anger towards her is a resistance to the truth, and this shouldn't be the case. The question we should be pondering upon at present is, what can we do to change the lived realities of women in marriage? How can we negotiate for less labor?

What caused the discomfort she endured for ten years in marriage was the reproductive labor she had to put in when the kids were younger with little help from her husband who always found time for rest at a time when she was sinking into the anxieties of motherhood.

If men took up to doing their own share of labor in their households, there would be less resentment in marriage.