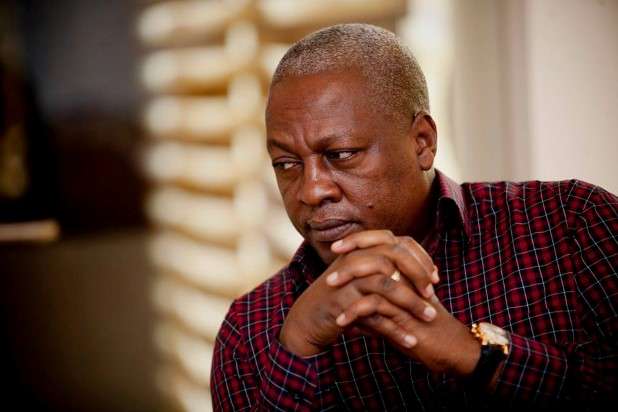 My normal instinct is to be on the side of the losers. Or at the very least, try and find some reason to keep up their spirits. After all in every contest, someone has got to lose.

I know what it is like to suddenly become a non-person before people you have known and worked with for years because something has happened and you lose your status and therefore not of much use to persons you had hitherto considered friends.

The most vivid example I have of this type of behaviour occurred in the mid-1980s. There I stood in front of a shoe shop in a shopping mall in London and there, walking towards my direction was someone I knew very well in Ghana. On seeing me, his face broke into a wide smile and he stretched out his arms ready for a hug as he approached me.

Of course I broke into a smile as well and stretched out my arms ready for the hug. A few steps before he reached me, he suddenly dropped his arms, the smile froze on his face and a look of sheer panic covered his face as his eyes darted around. He stopped short in front of me and whispered to me in an embarrassed and apologetic tone that he hoped I understood that as we were in a public place, it might not be wise for him to be seen hugging me.

I slowly put my arms down, kept the smile on my face and told him quite firmly that I perfectly understood his predicament and I was sure the time would come when he would be able to acknowledge me in public.

(I should probably add a footnote here for the young and those not conversant with the details of the events of 1980s Ghana that I was at the time not considered a friend of the regime in Ghana. And this man held an important position in Ghana at the time. When I came back to Ghana in the year 2000 and was appointed a Minister of State in 2001, the man and I resumed our “friendship”.)

I took two lessons from that incident: I decided things must be really bad in Ghana for such a famously debonair man to be reduced to such a nervous wreck because he feared someone would see him in an embrace with me.

The second lesson was that I made a silent pledge I would never be part of a government which would turn any opponent, real or imaginary into an ogre to be avoided by other citizens.

I have learnt the very hard way that power attracts people and the loss of power chases away people. The proof of this stares me in the face every time I have had to go to the Nima residence of the President-elect in the past three weeks.

The drive from my home to the President-elect’s home takes me past the home of Ibrahim Mahama, the brother of President Mahama. There is always, no, there used to be a crowd in front of this house and. especially during the election campaign period, it was a nuisance trying to manoeuvre your way past the Mahama house.

Now since December 8, that place is silent, I drive past that house without any trouble and I look out in vain for the bus sporting the banner ALAVANYO FRIENDS OF JM TOASO that used to be parked opposite the house.

Now I can’t enter the Nima residence of the President-elect and the crowds outside there are a veritable nuisance to those trying to go by their business and those who live close by, cannot enter their homes.

It might well be that President Mahama is trying to guard against the inevitable fate that befalls all of us when we lose power. There cannot be any other explanation for the recent flurry of activities in appointments in all sectors of public life.

For five years, there has been a freeze on the hiring of staff in almost every part of the public service.

A week before the elections, the police suddenly have recruits and Human Resource departments are busy at Immigration, Fire service, Cocoa Board and all public offices. Strange letters are issued to people who had finished Teacher training and been at home to report at stations but not to enter classrooms.

The President, who had been comfortable with not having substantive heads of CHRAJ, NCCE and other institutions for years, suddenly sees an urgent need to fill those positions.

The President suddenly discovers that National Service personnel are very badly paid and orders a 60% pay increase for them starting from January when he has a budget in place for January to March that had no provisions for such an increase.

This President who knows he has to deal with people who used to fawn over him and would now avoid him as though he had some catching disease, is resorting to extraordinary measures to retain some relevance.

The President obviously does not understand that the vote on December 7 means the people of Ghana have rejected him and he still wants his voice to be continually heard after he has disappeared from sight.

If it was okay to be without a substantive head for CHRAJ for four years and NCCE for more than 18 months, one has to see mischief in the current appointments. It is difficult to see anything but ill intentions in the clumsy attempt to appoint a new Auditor General.

I know that President Mahama is going to be disowned and ignored by people he used to consider as friends. Those to whom he gave cars and regular brown envelopes. He is going to have to depend on fair-minded people to find a kind word for him. But if, even after the mauling he received on December 7, it seems the President still believes he can buy insurance against rejection he would lose the support of the fair-minded people as well.

A silent dignified exit is far more attractive and cheaper than the loud, clumsy and expensive one the President is currently negotiating.