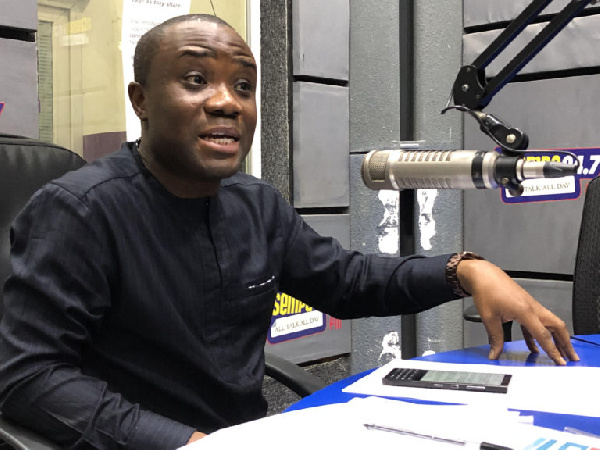 Former Deputy Minister for Communication under the Mahama administration, Felix Kwakye Ofosu says Vice President Dr Mahamudu Bawumia sounded 'pedestrian' when he compared four interchanges under the NPP to one under the NDC.

This has generated a lot of conversations and Kwakye Ofosu speaking on Joy FM on August 19, 2020, says the scope of all these projects vary and Dr Bawumia peddled falsehood.

"First of all the onus was on the Vice President to provide particulars why he is questioning the prices. They will never be able to put out the scope of work of the interchanges because it will expose them. We have everything with us. The Kwame Nkrumah Interchange is the biggest interchange in Ghana. This are two interchanges feud into one. We did a lot and that interchange is bigger than the Pokuase Interchange. They should provide the scope of all these projects and not do baseless arguments so that reasonable people will believe you. A Vice President is not allowed to peddled such falsehood and sound as pedestrian like Bawumia did yesterday. It has become habitual to go on platforms and say things that are not true"

President of IMANI Africa, Franklin Cudjoe also waded into the debate and says comparing of projects must be situated in context since the location of construction influences cost.

Speaking at a ‘Town Hall’ meeting on Tuesday, August 18, 2020, Dr Bawumia said this clearly shows that the NPP government has been prudent with the little resource at its disposal, thereby, doing more infrastructure projects than the previous administration.

“I would just leave that for you to ponder,” Dr Bawumia said.