Full survey report: Mahama to win 2024 elections ahead of Bawumia 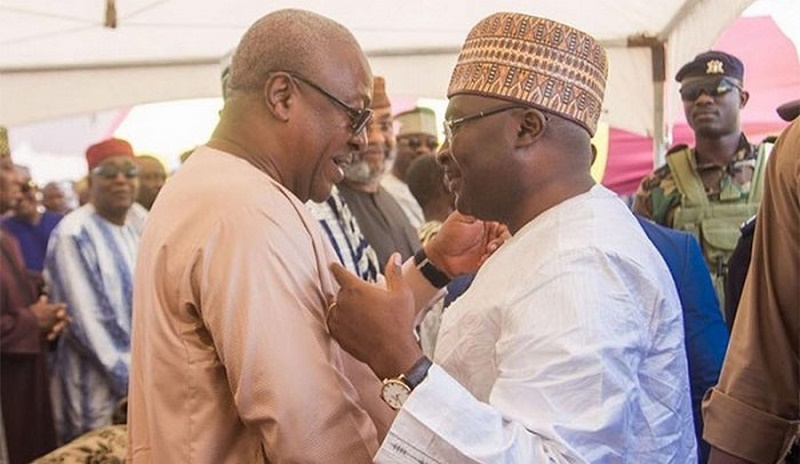 While 53 percent of Respondents wanted John Mahama’s return, only 30 precent had an affinity for Vice President Dr. Mahamudu Bawumia should he even emerge as the NPP’s presidential candidate.

The previous report compiled by the Ghanaian polling company, in January 2022, showed 38 and 43 percent for Bawumia and Mahama respectively.

This comes after a similar poll by the Economist Intelligence Unit, EIU, also predicted victory for the NDC but suggested that the party would have to replace John Dramani Mahama as flagbearer.

This therefore means, there has been an eight percent drop in the New Patriotic Party’s (NPP) Dr. Bawumia’s numbers, while that of the National Democratic Congress’ (NDC) Mr. Mahama, has increased by ten percentage points.

In terms of the NPP primaries, Vice President, Dr. Mahamudu Bawumia, stands tall among his contenders, although he was followed closely by Alan Kyeremanten.

On the other side of the divide, former President John Mahama is still extending his lead as the party’s choice of flag-bearer.

While National Democratic Congress (NDC) and floating voters were emphatic about the direction of the country, wrong direction 84% and 69%, NPP voters are split in the middle between 47% to 47% for right and wrong direction.

The poll also shows the president’s job approval rating declining from 34% in January 2022 to 27% in April.

67% of voters disapprove of the job performance of the president, resulting in a net approval rating of 40% negative.

Economy, jobs, and education are the three issues voters say, they will consider before voting for a candidate in 2021.

Meanwhile, 46.62 percent are yearning for the return of John Dramani Mahama as President.

Mr. Mahama is believed as the one who is most trusted to also improve job creation, education, and infrastructure.

Sampling dynamics
34 constituencies that were previously selected under a convenient sample were repeated for purposes of establishing a polling trend.

The previous constituencies polled in January were excluded prior to running the random simulation model to select the constituencies.

Thus, giving the remaining 241 constituencies an equal chance of selection.

The 2020 Electoral Commission’s voters’ register was used to allocate samples.

For each constituency selected, the location for the interview was also selected randomly from three Electoral areas of the constituency.

Voters older than 16 years were interviewed as part of the poll.