EIU predicts victory for NDC in 2024 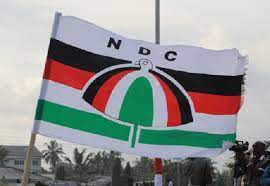 The Economist Intelligence Unit (EIU) has predicted victory for the opposition National Democratic Congress (NDC) in the 2024 general elections.

But the Economist Intelligence Unit wants the NDC to change its flagbearer going into the next elections.

This was made known in the EIU’s five-year forecast for Ghana released on April 13, 2022.

According to the London-based analysts, their assessment shows that the opposition party will have to part ways with its leader, 2020 flagbearer John Dramani Mahama.

The former President has led the NDC into two unsuccessful election campaigns in 2016 and 2020.

As President Akufo-Addo concludes his final term in 2024, the opposition is expected to face off with whoever the governing New Patriotic Party (NPP) will put forward as its new leader.

In the wake of numerous challenges plaguing the government including unemployment, an economic downturn, and corruption among others, EIU believes these developments will fuel citizens’ sentiments against the ruling NPP administration.

“Our baseline forecast is that ongoing public dissatisfaction with the slow pace of improvements in governance—such as infrastructure development, job creation and easing of corruption—will trigger anti-incumbency factors and push the electorate to seek a change.”

They believe this situation will tilt the balance in the NDC’s favour.

But from their findings, the international economic and political research consultancy group indicated that “John Mahama, is reportedly considering running again.”

In their latest report, the agency expects the “NDC to try to revitalise its prospects with a fresh candidate.”