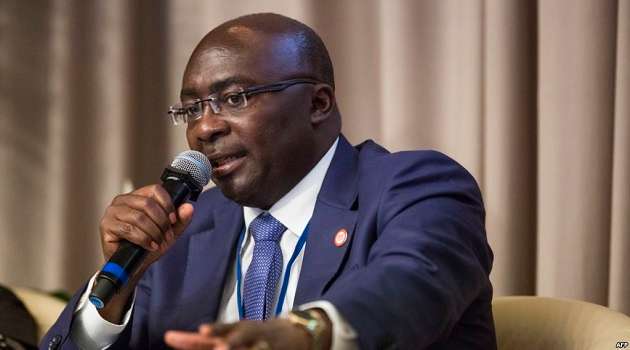 Bawumia speaking in an interview on Cape Coast-based Eagle FM says NPP’s one district one factory policy has been successful with 76% of work executed.

He also brushed off claims by the NDC that the NPP promised to build all factories by the end of 2020.

“We never said we will do it all by 2020, we said we will initiate a program called the One district, One factory, and we are still on it, and Ghanaians are happy about our many promises,

“We are positive that within 2-3 years, we would have exhausted all our manifesto promises but the NDC can only boast of two factories within their 8 years and for the NPP, it only took us one term to provide 76% of our 2016 manifesto promise,” he said.

He advised voters to retain the NPP because they have performed well.

“Our biggest initiative is the Free SHS policy. We were told that it’s impossible, but we responded by saying funds will be generated when we come to fix the economy.

“We might not see full impact now, but in another 10 to 15 years, Ghana will be a very different place, because we will have a very educated workforce”.

Dr Bawumia also added that the NDC's knowledge on the subject of debt stock clearly shows they lack understanding of the economy.

The NDC claims the Akufo-Addo administration has mismanaged the economy but Dr Bawumia says these claims are unfounded and shows NDC lack understanding of economic issues.