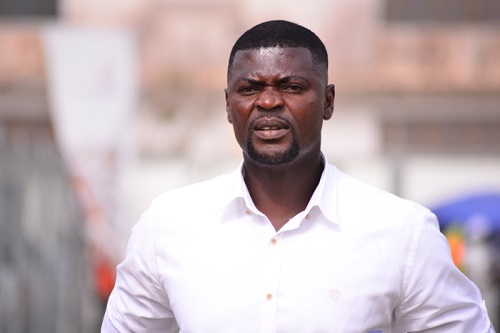 Medeama SC head coach Samuel Boadu has revealed that it is a great achievement to beat the two most successful clubs in Ghana in the on-going 2019/20 season.

The Yellow and Mauve lads thrashed Hearts of Oak 3-0 in Tarkwa and also handed Asante Kotoko their second successive loss on matchday four of the Ghana Premier League at the same venue.

Medeama picked up the maximum points courtesy Prince Opoku Agyemang strike from the spot on Wednesday afternoon to return to the summit of the league table.

Speaking at his post-match press-conference, coach Samuel Boadu said,Â "Being a coach is a great achievement for me to beat all the big clubs.

"Kotoko has a very good team, a good coach who I have a lot of respect for. To beat both Kotoko and Hearts tells you how hard we are working.''

He also thanked the fans of the club for their massive support during the game at home.

"I thank all the fans for coming in their numbers to support us. We will keep working hard," he added.