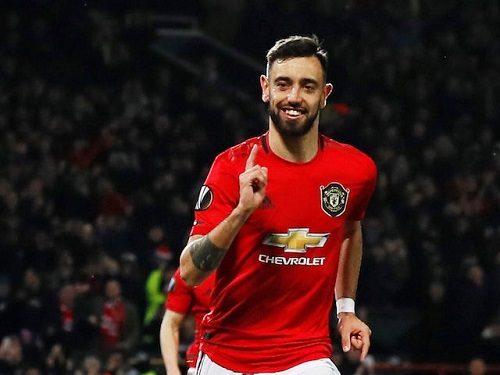 Bruno Fernandes has made Premier League history after being named the EA SPORTS Player of the Month for December 2020.

The Manchester United midfielder has become the first player to win the award four times in a calendar year, having also done so in February, June and November 2020.

"Three goals and four assists was a complete month," Fernandes said after receiving the award. "Scoring and assisting your team-mates is perfect. I want to achieve other trophies and awards but I’m really happy to make history."

Fernandes began December by inspiring a 3-1 comeback win at West Ham United as a half-time substitute, assisting Paul Pogba for the equaliser.

He then scored twice and created another in a 6-2 victory over Leeds United, before being involved in all three goals against Leicester City and Wolverhampton Wanderers.

Battle at the top

Man Utd are three points clear of champions Liverpool at the top of the Premier League, ahead of the visit to their nearest rivals at Anfield on Sunday.

"It’s a long way before we can start talking about being champions," he added. "We have to keep working. We play against one of the best teams in England and we know what it means to the fans. But the main point is the same: three points.”