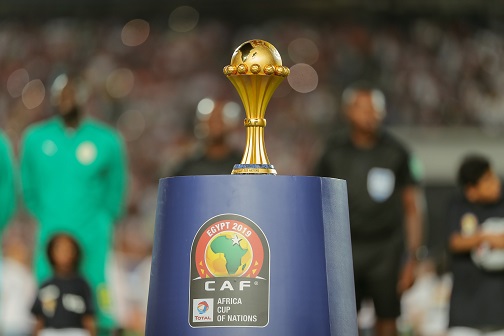 The Confederation of African Football, CAF have expressed shock over the missing AFCON trophy in Egypt.

Reports last week went rife that the trophy won by the Egyptian national football team three times in a row had been lost.

The report was confirmed by the Egyptian Football Association (EFA) that its AFCON trophy has been stolen from its headquarters in Cairo.

CAF have, however, lend a helping hand to the EFA, saying they are ready to collaborate with the EFA in the search for the priceless memorabilia.

A statement read: CAF has learnt with shock reports of missing AFCON trophies from the Egyptian Football Association secretariat. Our doors are open and the @EFA can count on our support in the search for the priceless memorabilia.

CAF has learnt with shock reports of missing AFCON trophies from the Egyptian Football Association secretariat. Our doors are open and the @EFA can count on our support in the search for the priceless memorabilia. pic.twitter.com/XSRYRGPzdj

The Egyptian Football Association on Friday broke the news in a statement on Friday that its AFCON trophy has been stolen from the Association's headquarters in Cairo.

The EFA said the trophy the Pharaohs retained permanently after winning three consecutive AFCON titles — in 2006, 2008 and 2010 respectively — is missing.

It was discovered that the trophy was missing during preparations to build a museum to house all of the silverware won by the North African nation.

“As the Egyptian Football Association plans to develop its headquarters, including converting the entrance into a small museum for Egyptian football, the federation’s management was surprised that there were a number of lost trophies in the federation’s storeroom,” the statement read.

“These trophies were supposed to be used in the development process. An investigation is underway to verify whether these old trophies survived the fire and looting of the EFA’s headquarters in 2013 when they were attacked by Ultras groups, or if they were among the losses that resulted from the damage inflicted on the building in this incident.”