GFA must be considerate, 24 of our players are ill - Hearts of Oak board member 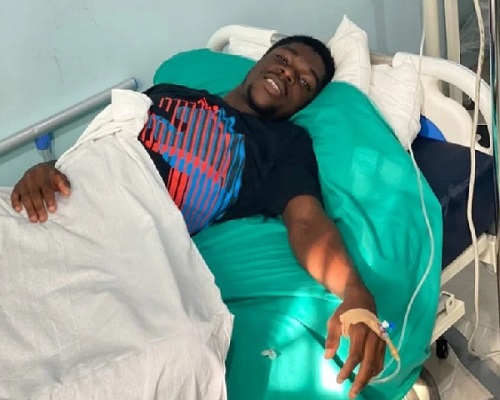 The Ghana Football Association (GFA) has turned down a request from Hearts of Oak seeking for their matchday 29 fixture against Bibiani Gold Stars to be postponed.

Hearts of Oak request comes on the back of over 20 Hearts of Oak players being hospitalized over strange diseases in various hospitals in Accra.

The situation has affected the Phobians’ preparations for their game against Bibiani Gold Stars on Wednesday at the Accra Sports Stadium.

Due to this, the club wrote to the GFA to have the match moved to another date but their plea was rejected.

Speaking in an interview, Hearts of Oak Board Member Thomas Esso said the GFA must be concerned. According to him, the club attached the medical reports to show proof of the players' illness.

"We wrote to GFA, attached medical report that 15 players were ill. GFA says they can't postpone the Ghana Premier League game. We registered 35 players. Ovouka, Salim have left. We have 33. 24 are now ill, not match fit. GFA must be considerate," he told Happy Fm.

A mass strange disease hit the camp of Hearts Oak over the weekend.

Ansah Botchway was rushed to a clinic in Mamprobi on Sunday night while midfielder Nurudeen Abdul Aziz is on admission at the Universal Clinic in Madina.

Seidu Suraj and Amankwah Baafi have also been hospitalized over the strange illness that is likely to affect Wednesday’s game at the home of the Phobians.

The situation was so dire that just five players reported for training on Monday after most of the stars could not attend the training ahead with just 48 hours before the game against Gold Stars.

Among players affected is Afriyie Barnieh who first reported coughing, cold and malaria before he was rushed for treatment.

However, top superstars like Sulley Muntari, Samuel Inkoom and Gladson Awako are not among those affected by the illness.

Food poisioning has been ruled out of the illness as the above-named players also ate the same food they had before their game against Dreams FC over the weekend.

The players suspect they might have caught their illness as the team’s camp hotel which is said to be mosquito infested as they have might have had some bites from the malaria-causing insect.