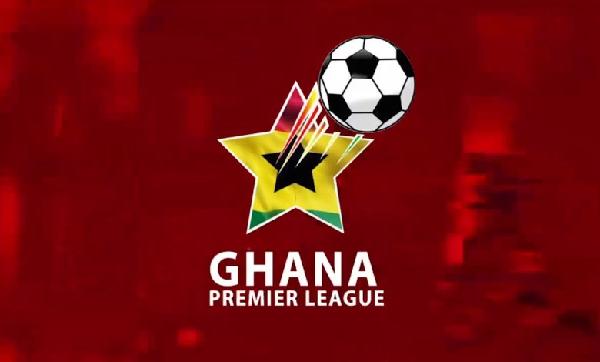 The matchday 27 games of the 2021/22 Ghana Premier League were honoured over the weekend.

Cameroonian forward, Franck Mbella Etouga scored the only goal of the game.

Eleven Wonders at the Ohene Ameyaw Park were held to a goalless game by Great Olympics.

Hearts of Oak at the Accra Sports Stadium defeated Dreams FC 3:1 as they moved to the 3rd position on the league log.

At the Baba Yara Stadium, King Faisal who has been poor in the second half of the season was held to a 2-2 draw against Bechem United.

However, Aduana Stars will host Medeama SC at the Nana Agyemang Badu Park on Monday with a kick-off scheduled at 15:00GMT

Asante Kotoko sit top of the log with 55 points with Bechem United sitting 2nd with 46 points. Hearts of Oak and Medeama SC complete the top four.

In the relegation zone, Eleven Wonders, WAFA and Elmina Sharks sit in the 16th, 17th, and 18th positions respectively. 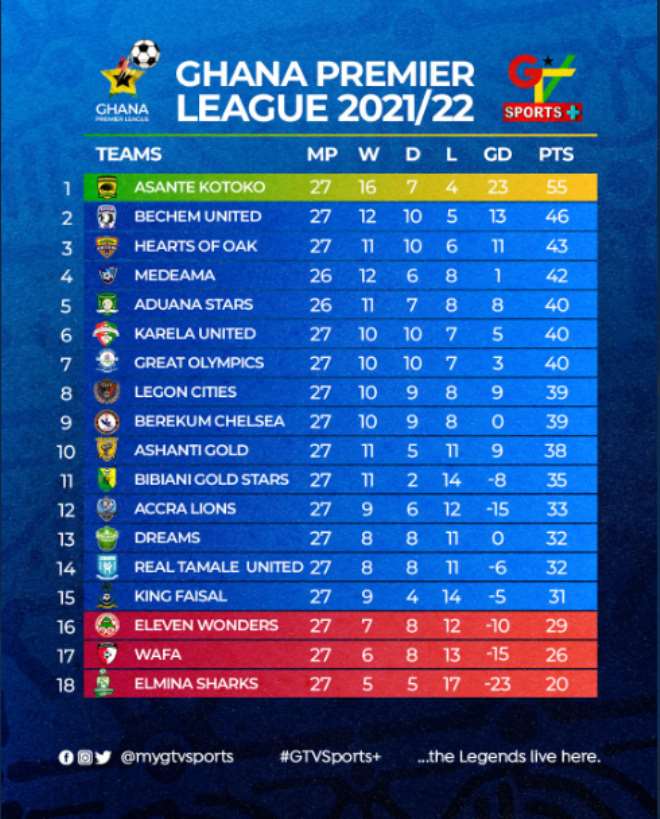