Hearts part ways with Malik Akowuah and two others 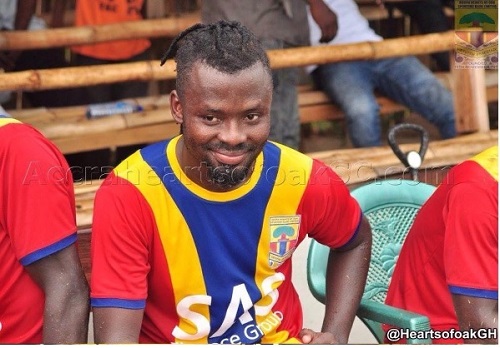 Hearts part ways with Malik Akowuah and two others

Hearts of Oak have parted ways with midfielder Malik Akowuah after three years with the club.

The Phobians decided not to renew the expired contract of Akowuah who joined from Tarkwa based side Medeama SC.
A club statement read: ''Accra Hearts of Oak Sporting Club has taken the option not to renew the contract of midfielder Malik Akowuah following the expiration of his three-year deal at the club.

''We thank him for his professional service to the club and wish him the very best in his future endeavours.''

Moreso, goalkeeper Ernest Sowah and defender Yusif Alhassan have also been released from the club. Sowah failed to replicate the form that convinced Hearts to secure his signature since joining them due to injuries.

"Goalkeeper Ernest Sowah and defender Yusif Alhassan have both been released from the club. We wish the two players the best of luck in their careers going forward," an official statement read.