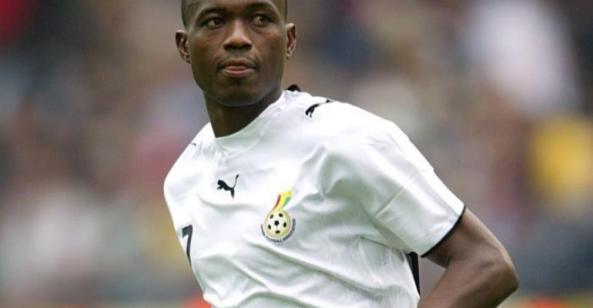 Illiasu has disclosed that he came close to signing forÂ ArsenalÂ and was keen on making the switch to the London based club.

Arsenal pursued a move for the ex-Ghana international after his fine showing at the 2006 World Cup inÂ Germany. Then Arsenal manager Arsene Wenger was bent on securingÂ  Illiasu's signature and the deal looked realistic until King Faisal bankroller Alhaji Grusah scuppered the move due to his behaviour.

â€œArsene Wenger told me that he had monitored me against Czech Republic and believes that Iâ€™m one of the best defenders in Africa. He told me he wanted to sign me to Arsenal to help his team," Illiasu told Asempa FM.

â€œI started training with them and after the third training session, the agent called and confirmed Wenger was impressed and wanted to sign me.

â€œLater, the agent called and requested that I speak with Alhaji Grunsah because he was being stubborn.

â€œAnd that I should also engage Kotoko, Kwabena Kesse 'Kessben' was then the CEO.

â€œI remember I spoke to him and Mr Kesse told me they were still in talks with Arsenal and assured me my future remained the central focus."

â€œIt was later that I realised that Alhaji was the biggest problem. He personally wrote a letter to Arsenal telling them that I was his bonafide property," the defender added.

â€œSo the agent asked [about] what Alhaji [was] saying. The agent asked me that 'canâ€™t you talk to Alhaji?' Because he is trying to bring problem.

"Alhaji wrote to Arsenal that I was his bonafide property and that time too I was a Kotoko player.

â€œSo when the Arsenal deal was to go through, Kotoko told Alhaji he was getting close to nothing from the deal and Alhaji also did his things."

â€œThese are some of the things I feel sad to remember. Its not easy, I remember shedding tears over this in a radio interview sometime back," he concluded.