Iâ€™m ready to fight for the golden boot - Adebayor 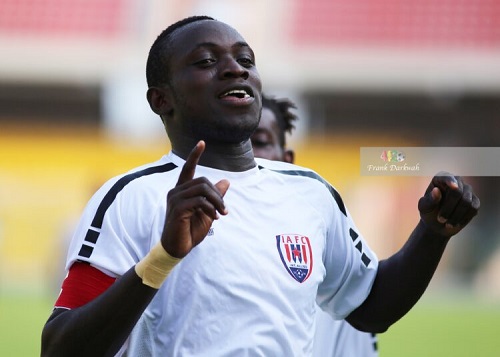 The Capelli Boys forward has earned rave reviews this season after managing 10 goals and 4 assists from 10 appearances.

The red-hot forward was twice on target as Inter Allies stunned Berekum Chelsea at the Golden City Park in the Ghana Premier League matchweek 10 fixture on Saturday.

Speaking to the media after the game, the Nigerien international said "I told my teammates I want to score two goals against Berekum Chelsea to make a statement. And thank God I was able to score two goals. Iâ€™m ready to fight for the golden boot.

On his opening game against the Blues, he claimed, "I saw from the beginning the keeper wasnâ€™t good. He was panicking in the goalposts. So I knew if add a bit technique I could score from that angle."

This season, the attacking midfielder has also been named the Most Valuable Player on four occasions.

The Nigerien international scored in either side of the half in his outfit 3-1 win away win over Chelsea, who are joint-first with four others on 17 points on the league log.

The win jumped the Capelli Boys to 6th on the log with 14 points and they next play Medeama SC at the Accra Sports Stadium.