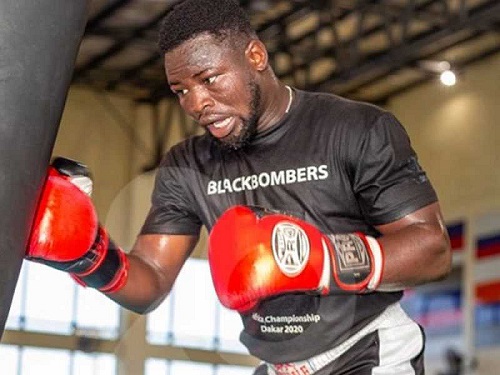 The Black Bombers, Ghana’s leading medal prospect at the upcoming Commonwealth Games in Birmingham, UK, have finally settled on eight male boxers and a female for the quadrennial event.

The Games slated for July 28 to August 8, 2022, are meant for only countries affiliated to the crown colony of the United Kingdom under her Imperial Majesty, Queen Elizabeth II.

After an intensive National Individual Amateur Boxing Championship which featured over 50 boxing gyms from all the regions in Ghana at the Accra Stadium and the Bukom Boxing Arena, 30 amateur pugilists were shortlisted to form the nucleus of the reconstituted national boxing teams - Black Bombers and the youth team – Black Rockets.

The selection was based on the winners, runners-up and few outstanding performers with potential for future prospects in all the major weight categories.

The key indicators on settling for the team to the Birmingham 2022 challenge were based on performance at training, sparring and experience for the final on who represent Ghana at the Games.

Also, the Ghana Boxing Federation (GBF) which is mandated to develop, sanction and promote juvenile, youth and elite amateur boxing in Ghana, as the managers of all national teams, decided to settle on the weight categories (divisions) that the country has competitive and comparative advantages with regard to medal winning based on previous games and the current rankings of respective boxers by the International Boxing Association (IBA) – the world’s governing body for amateur boxing.

With the nine slots given to boxers and three coaches for the Games, the following made the final list: 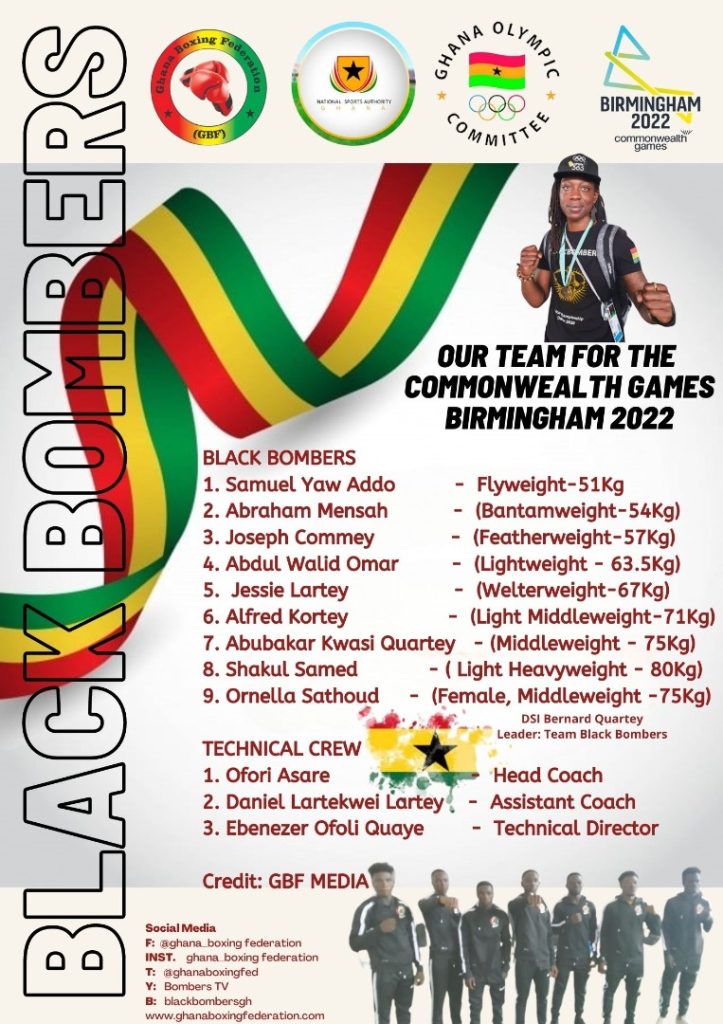 The team have since been undergoing a non-residential training for the past four months, which started from the Sports Hall of the Accra Stadium and later relocated to the Bukom Boxing Arena after a few weeks.

As a high-ranked team at major international competitions, the Bombers have also not disappointed the Ghanaians on any outing they featured in. The success of featherweight Samuel Takyi who won Ghana’s only medal (bronze) and Africa’s only boxing medal at the Tokyo 2020 Olympic Games was a typical example.

The 1998 Commonwealth Games in Kuala Lumpur, Malaysia, was the last time the Bombers made it big with a gold medal won by featherweight Raymond Narh.

The potential of the current Bombers with the experience of few individual members seems to be the trump card for a medal haul. For instance, 2018 Commonwealth Games quarter-finalist, Samuel Yaw Addo (flyweight), stands a chance of picking a medal at the Birmingham Games with positive lessons from the previous adventure in Gold Coast.

Ornella Sathoud (middleweight) will make history as the first female boxer to represent Ghana at the Commonwealth Games after making exploits at the 2019 Africa Games in Rabat, Morocco, and the 2020 Africa Olympic Games qualifiers in Dakar, Senegal, where she won bronze - a first by a female Ghanaian boxer at an international tournament, though she failed to make it to the Tokyo Olympics proper.

The PHD holding analytical chemistry graduate aims to win a medal to enhance her sporting credentials.

Other newbies – Abraham Mensah (bantamweight), Joseph Commey (featherweight) and Alfred Kotey will also want to replicate the exploits of Tokyo 2020 Olympic hero – Samuel Takyi (who has since turned professional) with a medal feat in their maiden international appearances.

The new Black Bombers will be captained by Abubakar Kwasi Quartey (middleweight), who is also poised for a medal, is Tokyo 2020 Olympian and 2019 Africa Games medalist, Shakul Samed (light heavyweight).