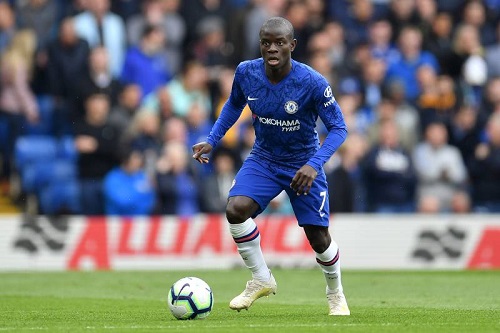 Blay, 27, has been a revelation since his season-long loan move from Medeama to Kotoko in last year July and feels that if he continues to work hard in the coming years, he can reach the level of his role model.

Blay has emerged as the spearhead of the Porcupines this season under Maxwell Konadu and has quickly become one of the best midfielders in the Ghana Premier League.

â€œBefore every game I watch Ngolo Kante and I learnt a lot from him. I am motivated by the way he plays and I try to emulate him in my gameâ€, he told Vision One.

Also, the midfielder has disclosed that he plans on building a hospital for his village before he hangs up his boots.

According to him, giving back to the society is one of his main priority and hopes to accomplish that before he hangs his boots.

"I want to build a hospital and church in my village before i retire from football",

"If i didn't turn a professional football player, i would have been a kick boxer".

He added that he will venture into coaching when he retires from football.