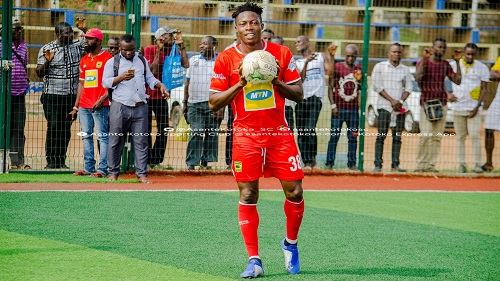 Former Asante Kotoko midfielderÂ YusifÂ Chibsah sees similarities between himself and Justice Blay, who has beenÂ a key cog in the Porcupines team.

According toÂ Chibsah, Blayâ€™s combativeness and passing skills are similar to his style during his active days.

Blay, 27, has been a revelation since his season-long loan move fromÂ MedeamaÂ to Kotoko in last year July and many as rated him the best midfielder in the Ghana Premier League.

A host of midfielders have shone for their respective clubs in the league after 15 matches but Chibsah has revealed who ranks highest on his scoresheet.

Speaking to Happy FM, the ex-Ghana international, now a player intermediary has singled out Justice Blay as the best midfielder in the league.

''I can single out Justice Blay who plays just like me.Â He combines both defensive and attacking duties as a midfielder for AsanteÂ Kotoko.Â Looking at all the players I have mentioned I think he fits that criteria.''

''He has a very good rate and the way he plays I think is similar to how I played during the active days as a footballer,''Â  he added.