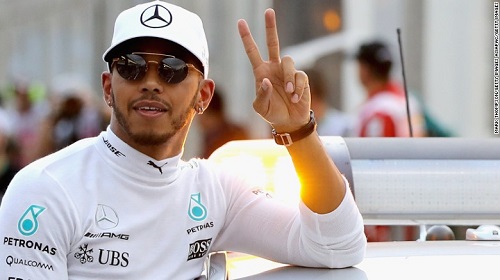 Lewis Hamilton has become the richest British sports star in the history of the Sunday Times Rich List.

Hamilton surged to his sixth world title in 2019, which has helped take his fortune up to £224million.

His wealth has risen by £37m over the past year and, due to a lucrative ongoing contract with Mercedes, it has taken his earnings past the £200m mark that David Beckham hit upon his retirement from football in 2013.

Rory McIlroy is the only other sports star to make the main Rich List rankings.

The four-time Major winner has seen his fortune rise by £32m to £170m as a result of his own form and a series of sponsorship deals.

His fortune has gone up by £20m to £114m despite an increasingly difficult time at the Bernabeu.

Sport dominates the Young Rich List of those aged 30 or under, and claims 18 of the 50 places.

Anthony Joshua is the only one who has not made his career from football.

The boxer's £58m rise in wealth is the biggest of any sport star in the past year after two lucrative fights against Andy Ruiz Jr in New York and Saudi Arabia.