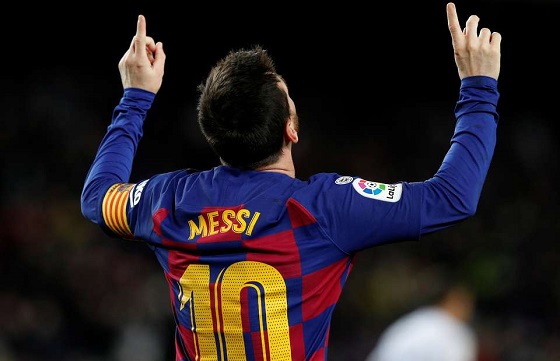 Speculation has been rife since Messi submitted a formal transfer request to the Blaugrana last Tuesday, hoping to end their 19-year collaboration before his contracted terminated in 2021.

However, there has been debate surrounding a clause in Messi's agreement that would reportedly allow him to leave in the summer of 2020 on a free transfer.

La Liga had originally backed Barcelona by acknowledging the €700 million release clause, but now Messi's father has fought back by claiming that Spain's top flight have made a mistake

Journalist Alfredo Martinez uploaded an image of Jorge's letter to his Twitter account on Friday afternoon amid reports that Messi had committed a U-turn on deciding to leave Camp Nou. 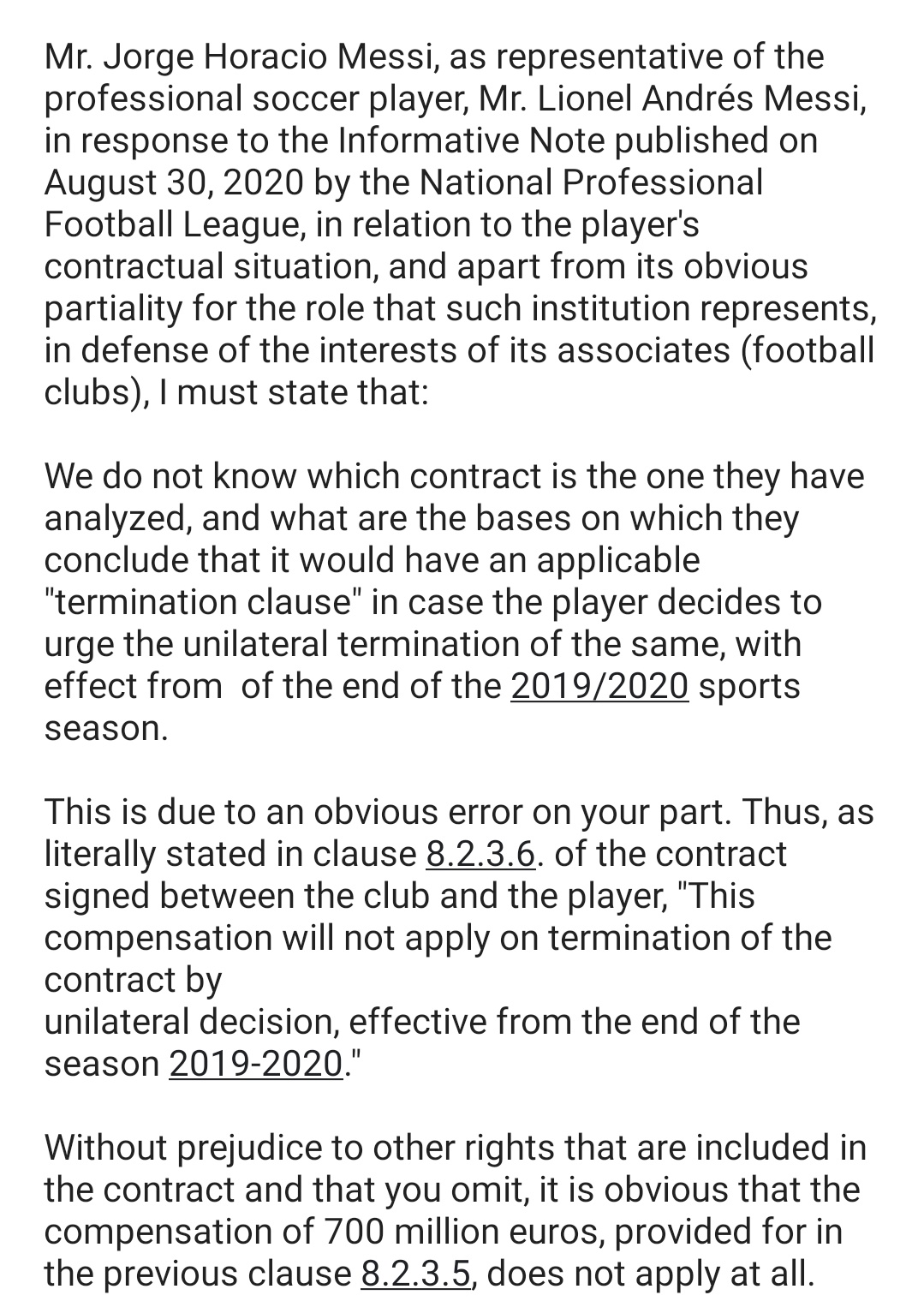 Guillem Balague confirmed that the letter, written in Spanish, was submitted to La Liga and stated that they do not believe that Messi's buyout clause should still be applicable.

"Jorge insists it is not applicable from the end of last season if the player decides unilaterally to leave FCB."

Messi could leave for free...?

Therefore, it seems clear that Messi's team do not believe that clubs should have to foot the €700 million release clause in order to sign him this summer.

In other words, the likes of Manchester City or Paris Saint-Germain should be able to sign Messi on a free transfer this summer with Jorge being unclear about the contract La Liga analysed.

This could be huge in deciding whether Messi stays with Barcelona or not and after all the recent suggestions that he could stay, indicates that the situation isn't resolved by any means at all.