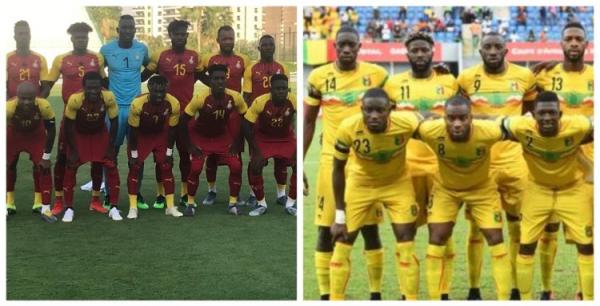 The Eagles of Mali flew over the Black Stars of Ghana in a friendly at the Emir Sports Complex in Turkey.

Mali have always proved a difficult customer for Ghana in all competitions at different levels of football. On two occasions, they beat the Black Stars to clinch Bronze at the Africa Cup of Nations in 2012 and 2013 in Gabon and Equatorial Guinea and South Africa respectively.

And it wasn't any different as the Eagles defeated the Black Stars 3-0 on Friday night in an international friendly.

Coach CK Akonnor and assistant David Duncan named a strong line-up for their first competitive game since their appointment in January.

However, the Malians proved a tough nut to crack for the four-time Afcon winners.

Mali got off to a bright start as they opened the scoring in the 3rd minute courtesy of Hamari Traore who latched unto a through ball and sent a low drive past Lawrence Ati-Zigi.

The Malians nearly doubled their lead moments later, however, Ati-Zigi this time around came to the rescue of the Black Stars.

Jordan Ayew's attempt to draw the equaliser for his side, inside the half-hour mark got blocked by the resolute defence of the Eagles.

With his side lacking ideas upfront CK Akonnor subbed Eugene Ansah for Kamal Deen before the first department ended.

The Malians doubled their advantage within 3 minutes into the second half, after El Bilal Toure connected from an inswinging cross.

The Black Stars' defence was breached for the third time in the game when Amadou Traore put the icing on the cake in the 75th minute.

It wasn't the result CK Akonnor and assistant David Duncan were hoping for as they got off their Black Stars tenure with a defeat although it was a friendly.

They would be hoping to get onto winning ways in three days' time when the Black Stars play Qatar at the same venue.

The friendlies form part of Ghana's preparation towards the remaining qualifiers. Ghana will play Sudan in an Africa Cup of Nations qualifier in November.