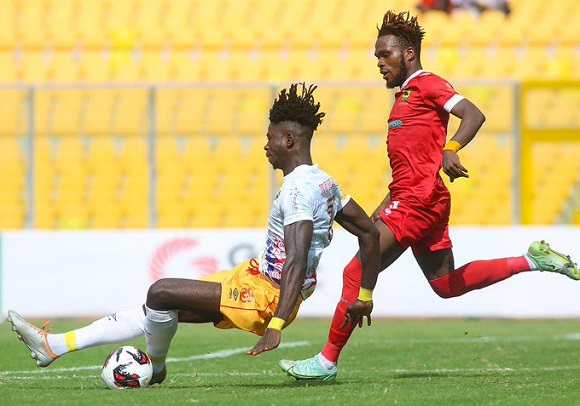 Minimum wages for Professional footballers in the country is expected to take off from next season, GFA President Kurt Okraku has confirmed.

According to him, there have been some discussions with the Professional Footballers Association of Ghana regarding the smooth implementation of the policy.

"Again, in my visit to the PFAG, we discussed this policy. This policy will go through the internal process and God willing next season, we should introduce minimum player salaries for professional players in this country."

"I understand that there is an insurance scheme for ex-players of our national teams led by the PFAG. We would explore the possibility of ensuring that we have 100% coverage on health issues for our players," he added.

The welfare of professional footballers in Ghanaian top-flight has been a major concern over the years and one aspect to improve it is the implementation of the minimum wage cap.

This has also been the reason for the major player exodus from the Ghana Premier League for greener environment at the end of every season.

Connoisseurs believe the existence of the minimum salary cap will help reduce the wholesale departure of footballers from the Ghanaian scene.