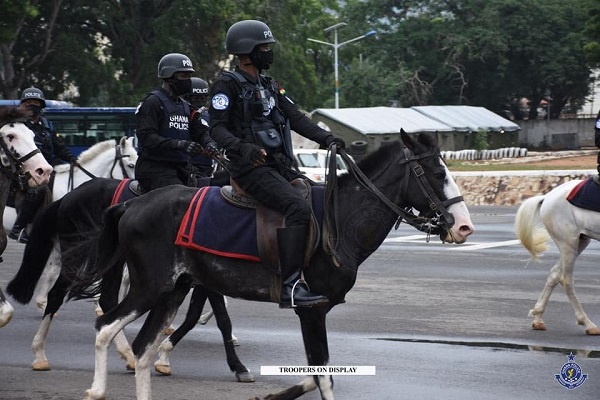 The police administration has hinted that it has put in place stringent measures to provide security during the World Cup qualifier between the Black Stars of Ghana and the Super Eagles of Nigeria scheduled for Friday, March 25, 2022, at the Baba Yara Sports Stadium.

It has also assured the officials of the Ghana Football Association, Confederation of African Football and the world football body, FIFA, that it will spare no effort to ensure an incident-free event by deploying enough security personnel in and around the Baba Yara Sports Stadium and within the Kumasi Metropolis.

To augment the existing security deployment, it said there would be an additional deployment of highway and motorbike patrols along all the eight entry routes into Kumasi and other adjoining regions.

The Director General of the Public Affairs Directorate of the Ghana Police Service, DCOP Kwesi Ofori, said the administration in partnership with the National Security outfit would screen all persons entering the stadium for offensive and lethal weapons.

"For the safety of everyone and the integrity of the game, the police will severely deal with any acts of hooliganism in and around the stadium," he said.

He appealed to all supporters and the public to obey the rules and regulations put in place for the encounter between the Black Stars and the Super Eagles.

"We entreat everyone to consider their personal security as a guiding principle before, during and after the game," said Mr Ofori who advised the public to be guided by the traditional bond of friendship between Ghana and Nigeria, and "ensure that the outcome of this match does not mar the beauty of our collective security." 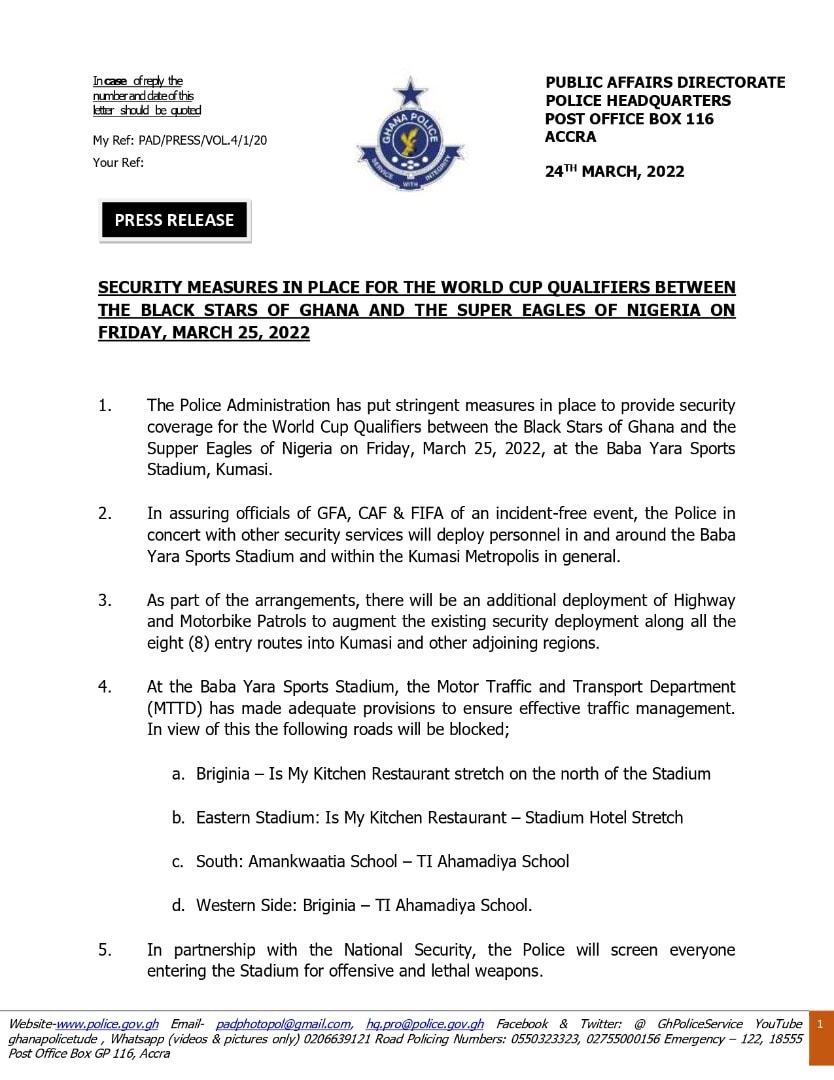 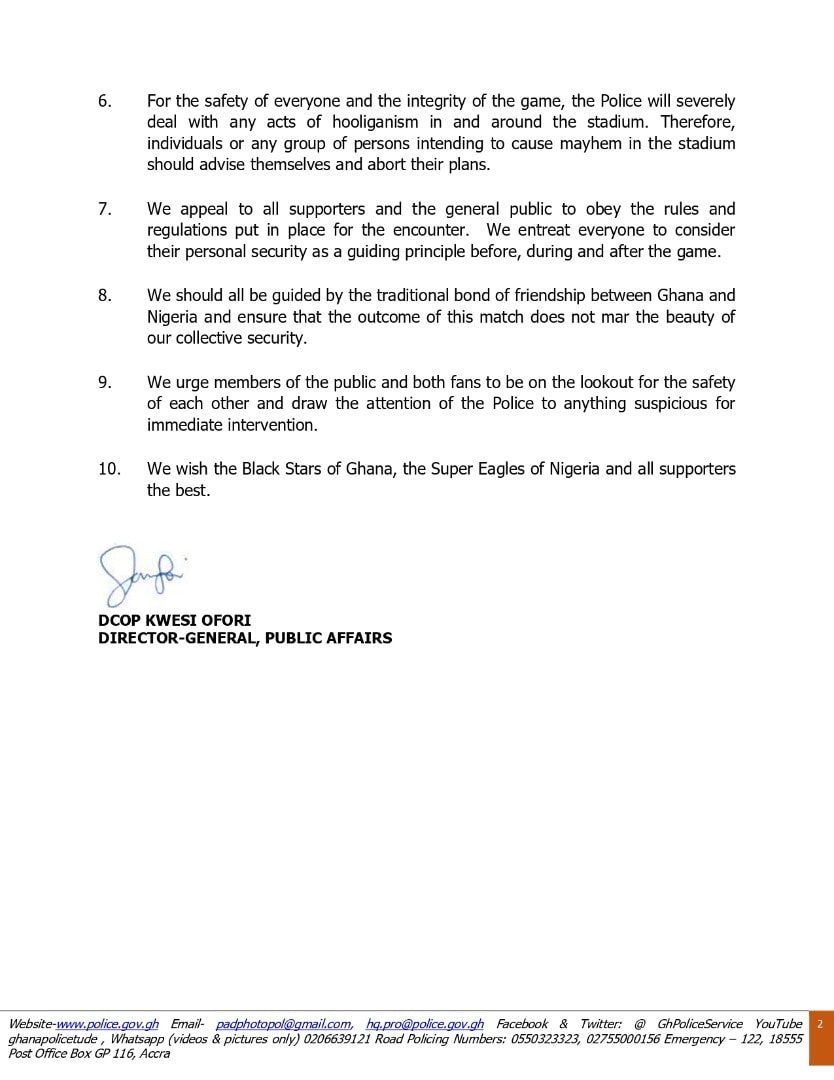