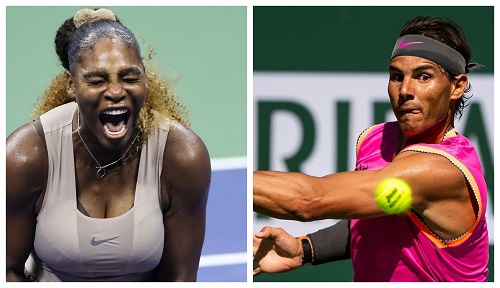 Rafael Nadal will begin his bid for a record-extending 13th French Open title against Egor Gerasimov in the first round, while Serena Williams starts her attempt for a record-equaling 24th major against Kristie Ahn in all-American matchup.

Nadal, 34, who is seeded second and has never faced the 83rd-ranked Belarusian, is aiming to equal the absent Roger Federer's men's record of 20 Grand Slam titles.

The sixth-seeded Williams, who turns 39 on Saturday, fell short in her bid to equal Margaret Court's record at the US Open, losing to Victoria Azarenka in the semifinals. Williams has won the French Open three times, the first in 2002 and most recently in 2015.

Djokovic, 33, is trying again for an 18th major title.

Like Williams, he fell short at Flushing Meadows but for a very different reason.

Djokovic, of Serbia, was kicked out for accidentally hitting a line judge in the throat when angrily swiping away a tennis ball during a match. His only title at the French was in 2016; he lost the final in '14 to Nadal and '15 to Stan Wawrinka.

The draw was carried out electronically because there were no players present amid a strict coronavirus health and safety protocol.

READ ALSO: Novak Djokovic releases statement after being kicked out of US Open ...

Wawrinka, seeded 16th, faces another three-time major winner in Britain's Andy Murray, the runner-up in 2016. Murray leads Wawrinka 12-8 overall but is still trying to get back to his best after having hip surgery last year.

Djokovic tuned up for this tournament with victory at the Italian Open, beating Diego Schwartzman in the final for a record 36th Masters title. Schwartzman beat a patchy Nadal in the quarterfinals -- the Spanish player's first tournament in seven months after he skipped the US Open amid COVID-19 concerns.

Dominic Thiem, who beat Alexander Zverev in five sets in the US Open final for his first major, takes on big-hitting Marin Cilic in their first meeting at Roland Garros.

Thiem has lost the past two finals at Roland Garros to Nadal. 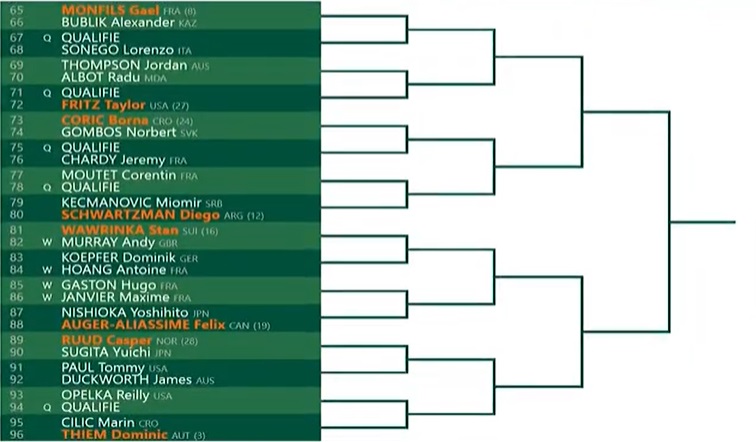 US Open champion Naomi Osaka pulled out of the tournament with an injured hamstring, and World No. 1 Ash Barty of Australia opted out of defending her title amid coronavirus concerns.

Sloane Stephens, the 2018 runner-up, is seeded 29th and takes on Vitalia Diatchenko of Russia. 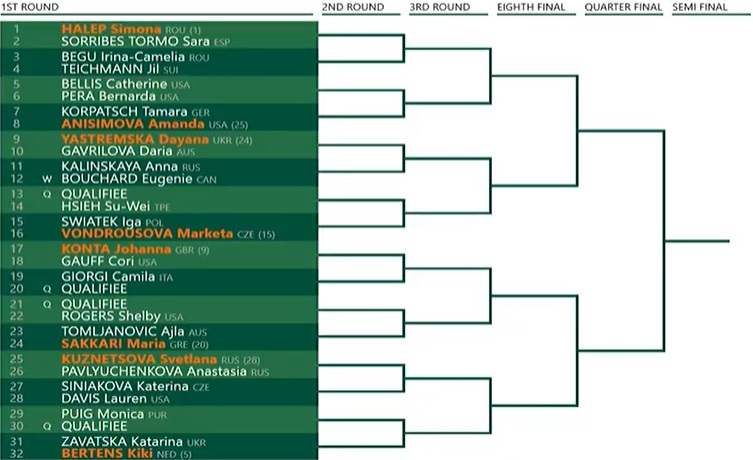 Several players pulled out of the tournament on Thursday, including Milos Raonic of Canada, Fernando Verdasco of Spain and Belinda Bencic of Switzerland. The 10th-ranked Bencic is the fourth woman in the top 10 to withdraw.

The number of fans allowed at Roland Garros, previously set at 5,000 per day, was reduced to 1,000 due to growing concerns over the coronavirus in Paris, Prime Minster Jean Castex announced Thursday night. His office confirmed Friday that the reduction relates only to spectators, not to players, coaches, organizers and others working at Roland Garros, as Castex first said, causing initial confusion.

The French Open begins Sunday and ends on Oct. 11.