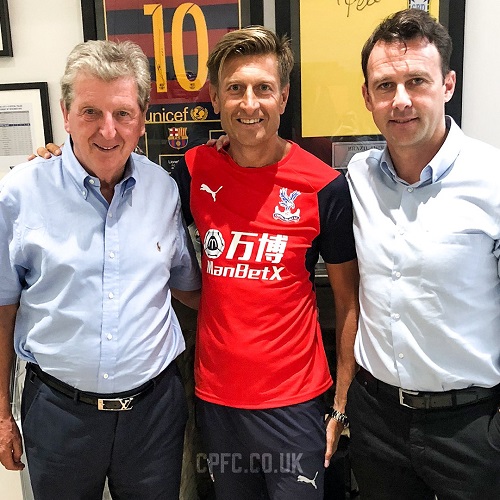 Roy Hodgson has signed a new contract at Crystal Palace to keep him at the club until the end of next season when he will be 73.

The former England, Inter Milan and Fulham boss has extended his stay at his local club till 2020.

? We're delighted to announce that Roy Hodgson has signed a contract extension, keeping him at #CPFC ? until 2⃣0⃣2⃣0⃣!

Hodgson, 71, managed to keep the Eagles in the Premier League last season — finishing 11th — and invigorated the South London side through the attacking exploits of Wilfried Zaha.

He said: “I am delighted to have extended my contract with Crystal Palace.

“It is a club that has been close to my heart since I was a youngster growing up in the borough of Croydon.

“And having stood on the terraces in the 1950s, it is a wonderful thing to be managing my boyhood club all these years later.

Read also:Swansea City were relegated due to luck - Jordan Ayew
“We can be proud of our achievements last season in turning things around despite a poor start, but this year we want to ensure we don’t endure the same struggles.

“I am thrilled that I have the support of the owners, who believe that I am the right man to help this club move forward and I will do everything I can to make that happen.”

Palace open their Premier League campaign at Craven Cottage against Hodgson’s former club Fulham, after the Cottagers made their big return to the top flight by winning last year’s play-offs.