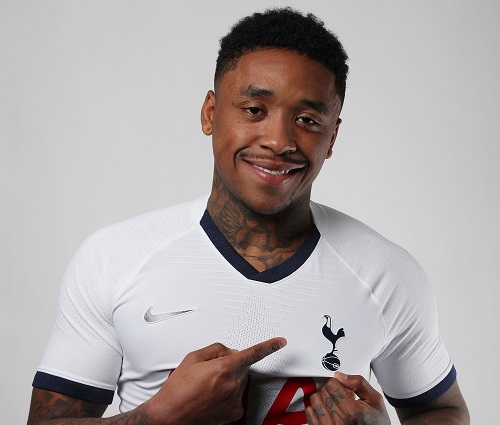 Tottenham have completed the signing of Steven Bergwijn from PSV for a reported £25 million ($33m) fee plus add-ons, becoming Jose Mourinho's third signing in the process.

The former PSV winger inked a four-and-a-half-year deal to join the London club until 2025.

His signing follows that of Benfica midfielder Gedson Fernandes joined the club on an 18-month loan deal earlier this month and the club's decision to activate the option to sign the Giovani Lo Celso permanently.

Tottenham announced the signing of the Netherlands international on their official website.

"We are delighted to announce the signing of Steven Bergwijn from Eredivisie side PSV Eindhoven.

Steven has signed a contract with the Club that will run until 2025 and will wear the number 23 shirt.

The Netherlands international made his first-team debut for PSV at the age of 17 and went on to establish himself as a regular in the team during the 2016/17 season where he made 33 appearances.

The versatile attacking midfielder has been a member of three Eredivisie title-winning squads at Philips Stadion, making 149 appearances in total and scoring 31 goals, including a career best 15 last season. So far this campaign he has registered six goals in 29 appearances.

Having made his senior international debut in October, 2018, the 22-year-old has collected nine international caps for the Netherlands to date.''

The Netherlands international scored five goals and laid on 10 assists in 16 league appearances for PSV this season.