The reason Marcelo Bielsa sits on a bucket during games 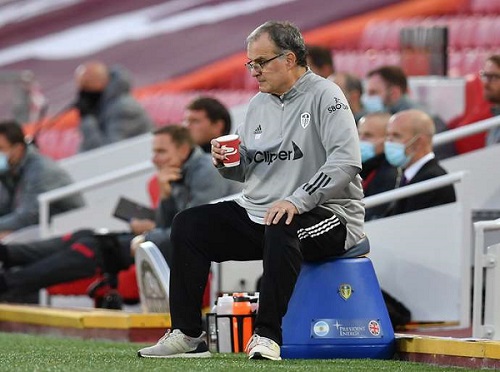 It wasn't just Marcelo Bielsa who made his debut in the Premier League on Saturday but also the bucket that the Leeds United boss watches games from.

Leeds returned to the top tier for the first time in 16 years on Saturday night, in a very entertaining, and ultimately frustrating, 4-3 loss against champions Liverpool.

For those who haven't seen Bielsa manage before they might have been surprised to see him sit on a bucket to enjoy the match, rather than in the dugout, but the tradition has only made him more popular in Yorkshire.

Speaking on a BBC documentary last year, journalist Guillem Balague revealed why 'El Loco' sits on the bucket, saying, "He [Bielsa] walks the four miles from his home to the training ground.

"His intense walking during games and his moments of crouching down on what looks like a plastic bucket is his way of dealing with constant back pain that has not left him since his time as a player." 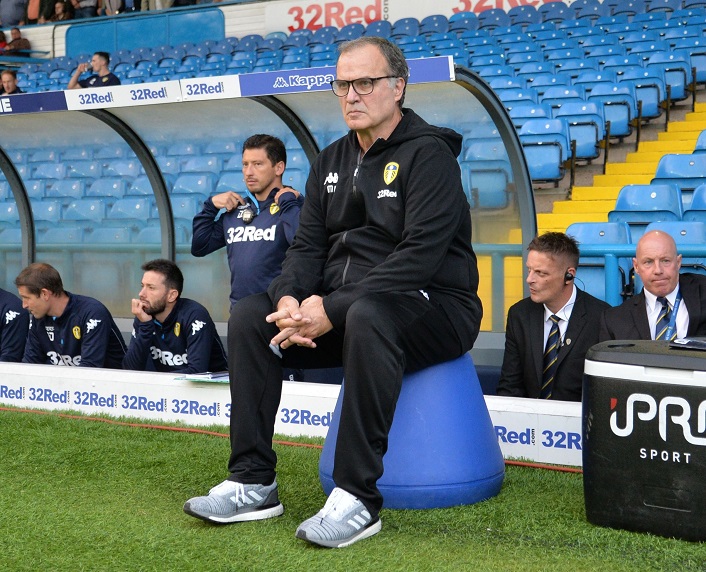 Bielsa has previously sat on a cooler box when he was manager of Marseille, before Leeds supplied him with a bucket that comes complete with a seat to make it comfy and even a sponsor's logo.

It is thought that the 65-year-old also sits on the bucket because it gives him a better view than the sunken dugouts at Elland Road.

Asked about his seating arrangement early in his Leeds career, Bielsa said, "You want me to tell you more than what it is? It's just a bucket.

"I have nothing to add. It's a comfortable bucket."

Leeds' start back into the top tier couldn't have been harder on paper, against defending champions Liverpool, but they gave an excellent account of themselves.

Liverpool went back ahead on 20 minutes from Virgil van Dijk's headed goal, Patrick Bamford then equalised 10 minutes later before the Reds' took the lead for the third time just three minute after that, through Salah's second.

Mateusz Klich made it 3-3 after 66 minutes before Salah's second penalty secured his hat-trick and all three points with just two minutes of normal time left.